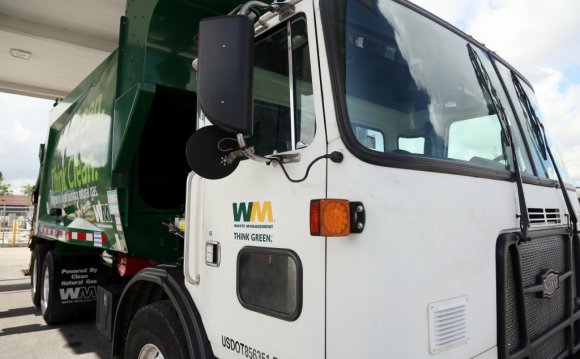 Mount Trashmore (formally known as the Monarch Hill Renewable Energy Park since 2011 and the North Broward County Resource Recovery and Central Disposal Sanitary Landfill prior to 2011) is a 225-foot high landfill site located between Coconut Creek and Deerfield Beach in northern Broward County, Florida, alongside the east side of Florida's Turnpike between mile markers 69 and 70. It is owned by Waste Management, Inc.

The landfill dates to 1965, when it started as a ten-foot high pile of debris in what was then a remote section of the county. It currently takes in an average of 3, 500 tons of trash daily and has the capacity to accept 10, 000 tons of trash daily. The site has long emitted foul odors into the air of neighboring Coconut Creek. Complaints from the city in the 1990s resulted in Waste Management being fined for violating air standards. The company attempted to alleviate the problem by covering the garbage with extra dirt and spraying deodorizer from 55-gallon drums.

In 2008, Waste Management withdrew its application to increase the height of the landfill from 225 feet to 280 feet. In 2011, Waste Management renamed the site the "Monarch Hill Renewable Energy Park." In 2010, after Coconut Creek threatened a lawsuit, Waste Management agreed that particularly odorous trash, such as food and other materials that decay, would no longer go into the landfill after three years. After Waste Management received a series of warnings from Broward County in 2012, it also agreed to place a cap over 10 acres of the landfill, spread 18 inches of soil over trash instead of the required 6 inches, employ greater use of odor-neutralizing chemicals, and pay over $100, 000 in fines and costs. Nevertheless, by 2013, Waste Management had accumulated $1.6 million in fines, and Coconut Creek was still plagued by foul odors from Mount Trashmore.