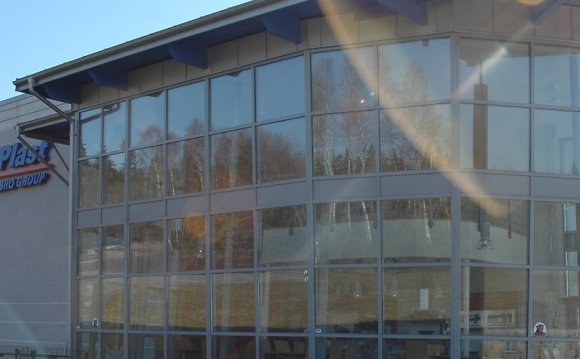 Most domestic animals are mammals. This means that, like people, the females nurse their offspring with milk produced in their mammary glands or udders.

Larger farm animals with hooves, such as cows, goats, horses or pigs are part of a family known as “ungulates”. Most ungulates are herbivores with plant-based diets, with the exception of pigs which are omnivores and therefore eat both meat and plants. Poultry, including turkeys, chickens and ducks are part of another important class of farm animal called “aves”. In general, animals that are closely related zoologically require similar feeding and management practices.

The following paragraphs describe the major categories of farm animals (all figures from FAO 2005):

include cattle and buffaloes. The term “ruminant” comes from the Latin ruminare, which means “to chew over again” as these animals regurgitate their food, chewing it once again to be able to digest it. Cattle are kept for both meat and milk, and are often seen as a sign of wealth and used as an alternative to cash.

In North, Central and South America cattle dominate the ruminant populations. In Africa, the main concentrations of cattle are in the highland regions of Ethiopia, East and Southern Africa.

India is the world’s biggest milk producer, but industrialised countries are the most efficient in terms of yield per animal. Most buffaloes (97%) in the world are found in Asia. They are mainly kept for milk and tend not to be herded like cattle, but kept close to the village throughout the year. A major function of cattle and buffaloes in cultivated areas is to provide traction power. Pakistan and Southeast Asia have more buffaloes than cattle.

consist of sheep and goats (or “shoats”). They can be kept in villages, but generally require a modest amount of land to support them - either for direct grazing or, in a limited number of situations, to provide fodder which is “cut and carried” to enclosed animals. Tethering a few sheep and/or goats around the house, near streams or along roadsides is a common practice.

Shoats are also often kept alongside free-ranging cattle or camel herds. They can be kept in a wider range of environmental conditions than large ruminant species. Shoats are much more important than is often assumed - they are more common than cattle throughout a large part of the hotter, drier regions north of the tropics - in a band stretching from Spain and Libya to China.

Goats are more common than sheep near the equator, and are known for being able to forage from even the most hostile, prickly plants. Goats are primarily found in Asia (63%) and Africa, while 39% of the world’s sheep are found in Asia.

is a group that includes poultry (chickens, turkeys, ducks, geese, guinea fowl and pigeons) and pigs. The term refers to livestock that have only one stomach. They tend to have white meat and are generally easier to keep than larger animals. Many are left to forage for their own food within the smallholdings and are usually provided with protective housing at night. As human populations have increased and people have become more concentrated in villages and towns, they have started to rear more pigs or poultry (particularly chickens). As a result, monogastrics are now found almost everywhere. The world poultry population is estimated to be 16 billion, which is fairly evenly distributed across regions, although Asia has the largest share.

Asia also keeps 60 percent of the world’s swine population, half of which are found in China.

Although the above categories are the main focus of this module, other categories deserve mention as they are also very important:

include camels, dromedaries, llamas and alpacas. These are large animals with slender necks and long legs. They are “even-toed ungulates” that do not have hooves, but rather a two-toed foot with toenails and a soft footpad. Camelids are kept for milk (in the case of camels), meat, wool and transport. Of the 19 million camels in the world today, most are found in Africa. The large majority of smaller camelids such as llamas and alpacas are kept in South America.

play an important role in pollination and in producing honey and beeswax, and help support small-scale farming around the world. There are over 20, 000 known species of bees, although the actual number is probably higher. Bees are found on every continent except Antarctica, in every habitat that contains insect-pollinated flowering plants.

are important to many small-scale farmers and fishermen. This module makes some mention of fish as part of small-scale cropping systems, such as mixed with rice, or small-scale (sweet-water) aquaculture systems.

Many other domesticated animals fall outside these categories. Some have small populations but can play very important functions in particular cultures and locations. For example, dogs have many functions that take on varying importance in different cultures; these range from herding, hunting, guarding, pulling, or being kept as pets.

In East Asia dog meat is appreciated as a delicacy. Guinea pigs are another example. They are reared solely for meat in their centre of origin (the South American Andes) while in other countries they are kept solely as pets.

Raising Livestock For Complete Beginners In Your Own Farm ...