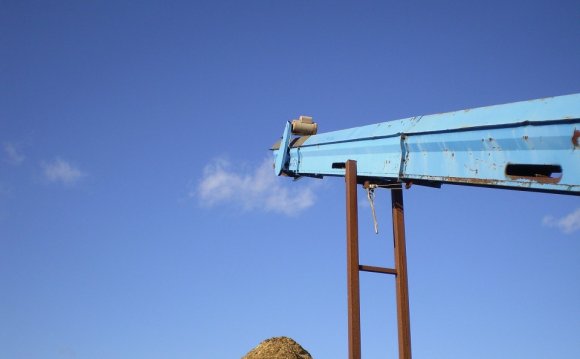 Pesticides are the lynchpin of an unsustainable industrial agriculture system.

Sixty years ago, after World War II, we started industrializing U.S. farming operations through a mix of policy decisions and accidents of history. This method of farming is neither inevitable nor efficient. More to the point, it can't be sustained.

Industrial agriculture treats the farm as a factory, with "inputs" (pesticides, fertilizers) and "outputs" (crops). The end-objective is increasing yields while controlling costs — usually by exploiting economies of scale (i.e. "monocropping"), and by replacing solar energy and manual labor with machines and petro-chemical inputs.

Take soil fumigation, for example. High volumes of volatile pesticides are injected into the soil before planting, disrupting the complex biological ecosystem of the soil that supports plant growth. More chemical inputs are then required to replace these biological supports — deepening dependence on chemical inputs.

Following this path we have become dependent on cheap, abundant oil, and on quick chemical "fixes" for agro-ecosystem challenges that are complicated and require deep, local and hands-on knowledge. In relying on chemical inputs, we have un-learned how to farm.

In its narrow pursuit of yield, industrial farming hides (or "externalizes") a variety of costs stemming from chemical dependence. Here are just a handful of these many hidden costs:

Industrial, pesticide-dependent agriculture exhausts the natural resources on which we all depend. It makes us sick and undermines the world's capacity to feed itself. It is the very definition of an unsustainable system.

Food & farming for all

PAN works with allies to advance a post-industrial vision of agriculture that puts us all on surer footing, without the dependencies, health risks and myopic preoccupations of the "pesticide treadmill."

Now more than ever, American farmers need support in shifting from today’s toxic, ineffective and unsustainable model of agriculture into one that is productive, ecologically resilient, healthy and safe.