What are Factory farms? 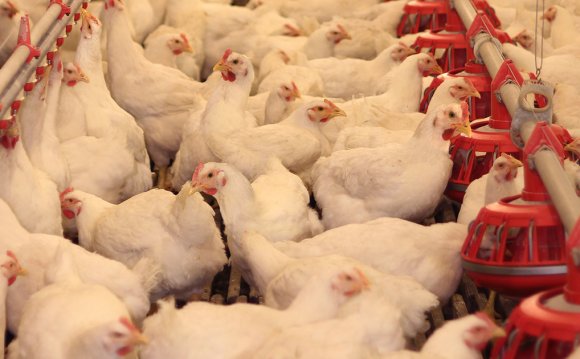 Pigs are inquisitive, and affectionate animals. Yet, hidden away in factory farms, it's easy to forget that each of these animals is an individual, with their own story.

This mother is pregnant. She can legally be locked in a crate so small she cannot even turn around.

Pigs have the intelligence of a three year old child. But factory farms condemn them to a 'lifetime' of perpetual boredom, stress and depression.

Mothers, like this one are forced to give birth on a metal or concrete floor. Trapped in this crate she will be unable to reach out to her babies or protect them.

Most piglets will have their tails cut off, their teeth cut with pliers, and if they are male, they may be castrated. All without pain relief.
If someone did this to a puppy, they could be prosecuted for animal cruelty. But our law makers have deemed it acceptable for factory farmers to cut bits and pieces off conscious baby animals to fit them into cruel systems.

Within weeks of being born, her piglets will be taken away to be fattened up for slaughter. From as young as 4 months old, they will be killed and turned into pork, bacon and ham.

By then, their mother will have been re-impregnated — the cycle of suffering repeating again, and again, until she can no longer physically cope. Then she too will be sent to slaughter.

Factory farming has only thrived because it is hidden from public view. But we have the power to change that.

If you believe in a world without factory farming, then by spreading the word and by making kind choices when you shop, you can free animals from factory farms. Together we can Make It Possible.

It takes a hen, like this one, up to 30 long hours in a battery cage to produce just one egg. This is the true cost of cage eggs.

She cannot stretch her wings. She cannot go outside, or feel the sun on her back.

One of a hens most fundamental desires is to build a nest and lay her eggs in private. But in factory farms, they are forced to eat, sleep and lay their eggs in a crowded cage.

At hatcheries, most chicks destined for factory farms have part of their beaks cut off. Birds' beaks are filled with nerves. Yet this is done without pain relief.

Male chicks cannot produce eggs and do not grow fast or large enough to be raised for meat. So on their first day of life they are gassed or dropped into grinders, whilst still alive. Every year, millions of male chicks meet this fate across the entire egg industry.

Ultimately, their sisters' lives are cut short too. Chickens can live up to 12 years. But from as young as 18 months of age, when their egg production wanes, hens across the egg industry are gathered up and sent to slaughter.

Cage eggs have become symbolic of the suffering caused by factory farms. Tomorrow this hen, and millions like her, will wake up again to life in a cage.

But it's within our power to free them.

If you believe in a world without factory farming, then by spreading the word and making kind choices when you shop, you can free hens from factory farms. Together we can make it possible.

They say knowledge is power. So you need to know this...

One simple choice you make has the power to reduce pollution, save resources, combat world hunger, improve your health and create a kinder world. Want to know how? Then keep watching...

What contributes more to climate change than all of the world's planes, trains and automobiles combined?

Farm animals. According to the UN, raising animals for food is one of the largest contributors to greenhouse gas emissions. And that's only the beginning...

As demand for animal products has grown, animal agriculture has gobbled up more and more water, energy, crops and land. Over recent decades, vast expanses of native habitat around the world have been cleared to grow crops to feed to animals — most of them in factory farms.

Animals are fed about 6kg of plant protein to produce just 1kg of animal protein. The numbers just don't add up. Factory farms use more food than they produce, which leaves less food for everyone else.

At a time when globally, nearly 1 billion people are suffering from malnutrition, one third of the world's edible cereal harvest is being fed to farm animals. That cereal would be enough to feed about three billion people.

Everyone from leading water and climate scientists, to Oxfam and World Vision, and even the United Nations agree that by eating less meat we can reduce pollution, save resources and combat world hunger.

But it's not just others who see the benefits. Leading health experts agree that we need to reduce the amount of animal products we eat, in order to reduce our risk of obesity, heart disease, stroke and some types of cancer.

And ultimately, the choices we make at the dinner table affect someone else as well.

We are at a critical point in human history. Our choices no longer have just a local impact. Their effects are felt globally — on animals, people, and the environment.

By choosing to eat fewer animal products, or going meat-free, you can protect the planet, your health, and save living beings — both human and animal from suffering.

This Guy Exposes Factory Farms Using A Drone. This Is What ...

The Brutality of Factory Farms: An Inside Look (VIDEO)