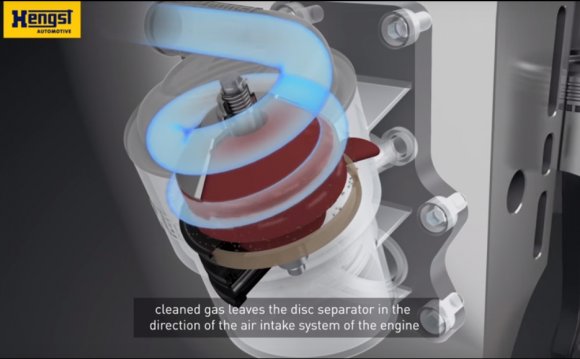 In a flathead or sidevalve engine, the mechanical parts of the valve train are all contained within the block, and a 'poultice head' may be used that is essentially a simple metal plate bolted to the top of the block.

Keeping all moving parts within the block has an advantage for physically large engines in that the camshaft drive gear is small and so suffers less from the effects of thermal expansion in the cylinder block. With a chain drive to an overhead camshaft, the extra length of chain needed for an overhead cam design could give trouble from wear and slop in the chain without frequent maintenance.

Early sidevalve engines were in use at a time of simple fuel chemistry, low octane ratings and so required low compression ratios. This made their combustion chamber design less critical and there was less need to design their ports and airflow carefully.

One difficulty experienced at this time was that the low compression ratio also implied a low expansion ratio during the power stroke. Exhaust gases were thus still hot, hotter than a contemporary engine, and this led to frequent trouble with burnt exhaust valves.

A major improvement to the sidevalve engine was the advent of Ricardo's turbulent head design. This reduced the space within the combustion chamber and the ports, but by careful thought about the airflow paths within them it allowed a more efficient flow in and out of the chamber. Most importantly, it used turbulence within the chamber to thoroughly mix the fuel and air mixture. This, of itself, allowed the use of higher compression ratios and more efficient engine operation.

Despite common knowledge, the limit on sidevalve performance is not the gas flow through the valves, but rather the shape of the combustion chamber. With high speed engines and high compression, the limiting difficulty becomes that of achieving complete and efficient combustion, whilst also avoiding the problems of unwanted pre-detonation. The shape of a sidevalve combustion chamber, being inevitably wider than the cylinder to reach the valve ports, conflicts with achieving both an ideal shape for combustion and also the small volume (and low height) needed for high compression. Modern, efficient engines thus tend towards the pent roof or hemi designs, where the valves are brought close in to the centre of the space.

Where fuel quality is low and octane rating is poor, compression ratios will be restricted. In these cases, the sidevalve engine still has much to offer. Particularly in the case of the developed IOE engine for a market with poor fuels, engines such as Rolls-Royce B series or the Land-Rover use a complicated arrangement of inclined valves, a cylinder head line at an angle to the bore and corresponding angled pistons to provide a compact combustion chamber approaching the near-hemispherical ideal. Such engines remained in production into the 1990s, only being finally replaced when the fuels available 'in the field' became more likely to be diesel than petrol.