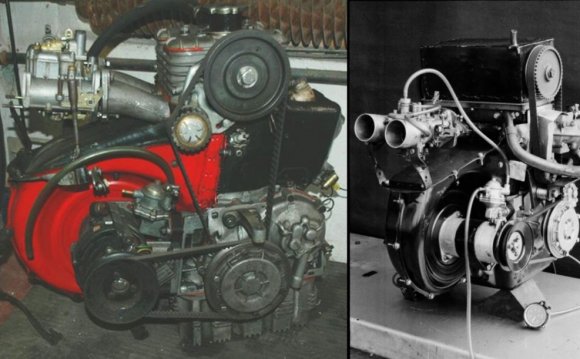 The difference between the two
stroke and four stroke internal
combustion engines have
tormented riders for years now,
as all sorts of contradictions keep surfacing leaving most of them still in doubt. This is due to
the fact that each one has its own supporters who get defensive and are unable to keep their objectivity. In fact, all they have to do is understand how each of these two engines work and draw their own conclusions.

There are four sequences that need to be cleared out for that matter: intake, compression, power and exhaust. As you might have guessed, there are a
few mechanical differences between the two, which we will try to point out next.

Four Stroke Engine During the intake stroke, the piston goes down from the top of the cylinder to the bottom, reducing
the pressure inside the cylinder. It then draws a mixture of fuel and air into the cylinder through the intake port, ready for the compression stroke.
With both intake and exhaust valves closed, the piston goes back up to the top of the cylinder
compressing the fuel-air mixture. This is what happens during the compression stroke.
The compressed air–fuel mixture is then ignited by a spark. The pressure from the fuel-air mixture combustion drives the piston back down with humongous force, keeping the crankshaft turning.
This is the power stroke phase, which is the main source of the engine's torque and power.
Finally, during the exhaust stroke, the piston again goes up and pushes the burned gas from the cylinder out the exhaust valve. Another thing worth
mentioning is that the spark plug only fires once every two revolutions.

Unlike the four stroke one, a two stroke engine has three strokes combined into one action, meaning the intake and exhaust are both integrated into the
compression movement of the piston, therefore eliminating the need for valves. This is thanks to
an inlet and exhaust port. integrated into the wall of the combustion chamber.
As the piston goes down from combustion, spent gasses are allowed to exit the chamber through the exhaust port. The air–fuel mixture is drawn
through an inlet located lower in the chamber. As the piston rises again, it blocks off the inlet and
exhaust ports, compressing the gasses at the top of the chamber. The spark plug fires and the process starts over. The engine fires on every revolution.