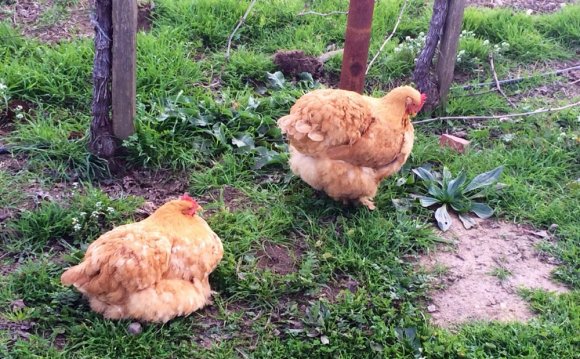 Corn, soybeans and other crops may occupy millions of acres of Minnesota. But Minnesota agriculture also means livestock — and more than you might think.

“For many years, the impact of crop farming and livestock were almost identical, ” said Curt Zimmerman, a livestock supervisor for the Minnesota Department of Agriculture.

Recent surges in crop prices have changed that balance, but even as a minority of the market, animals have a symbiotic relationship with Minnesota crops.

“By having both in the state, you’re able to balance out your economic impact, ” Zimmerman said. Prices for meat or dairy can sometimes be high when grain is cheap, or vice versa. That insulates the whole state, but also individual farmers who can pivot their land back and forth depending on the market, Zimmerman said.

But you won’t find these millions of animals everywhere in the state. To find turkeys — or track which parts of the state were hurt by the avian flu outbreak this year — you need to go to central Minnesota. The state’s pigs are clustered in the southwest, while lots of cattle can be found in the southeast. Horses are another matter entirely: raised for recreation and not meat, they’re scattered around most of the state in small groups, rather than clustered in dense agricultural areas.

In the accompanying heat maps, the size of the circles represents the number of animals in a given facility, while color reflects the concentration — lots of operations close by will lead to bright red, while isolated farms will be pale yellow.

If you want to find a pig farm in Minnesota, you’re probably going to want to head toward Iowa or South Dakota.

It’s not that the North Star State doesn’t have plenty of pigs. But unlike some other types of livestock, Minnesota’s roughly 10 million pigs are heavily concentrated in the southwest and south-central part of the state.

The biggest reason has more to do with how pigs are killed than how they’re raised. Minnesota’s two big pork slaughterhouses are in Austin and Worthington, both southern cities. Another big plant is in Sioux Falls, and several more are in Iowa. Austin also is home of the international meat-producing giant Hormel.

“Pigs will tend to be grown closer to where processing plants are, to reduce the cost of transportation from the farm to the processing plant, ” said David Preisler, executive director of the Minnesota Pork Producers Association.

The northeastern part of the state has little livestock of any kind, a reflection of the lack of agriculture in that rough, forested terrain. Livestock need crops to eat and fields on which to recycle manure, and neither are present along the Iron Range.

So why aren’t there many pigs in the Red River Valley, a part of the state that does have a lot of agriculture? Preisler said a big reason is water.

“If you look at the Red River Valley … there’s vast amounts of that can flood, ” he said. “That doesn’t mix with building livestock buildings very well.”

Around 40 percent of Minnesota’s pigs are raised on “Concentrated Animal Feeding Operations” – particularly dense feedlots. There are 4 million pigs in 1, 252 CAFOs, an average operation size of more than 3, 000. The 6 million pigs not in CAFOs are in more than 28, 000 different facilities, an average size of around 200 pigs.

Being smaller with lower calorie demands, it’s unsurprising that Minnesota has far more birds than any other kind of livestock. Before this year’s avian flu outbreak, there were about 56 million turkeys, chickens and other birds raised as livestock. About 9 million of those birds were killed in the outbreak, but with help from the state and federal government, farmers are replacing most of those animals this year.

Most of those birds are raised in a zig-zag region that runs roughly from Fargo, N.D., to St. Cloud, south-southeast to the Minnesota River, and then southwest to Mankato, with the biggest concentration in the general vicinity of St. Cloud and Willmar.

That concentration may in large part be a historical accident: that region is where several entrepreneurs in the poultry business happened to be based, including Jennie-O founder Earl B. Olson. Jennie-O now is a division of Hormel.

“That’s just kind of where those folks grew up, ” said Lara Durben, communications director for the Minnesota Turkey Growers Association. “They looked around and, I think, saw a vision for raising turkeys in that area.”

The growth of the turkey industry there led to more and large processing plants, thus encouraging more turkey farms growth.

Another reason that part of the state worked well for poultry is because it’s also good for raising corn and soybeans — feed for the birds.