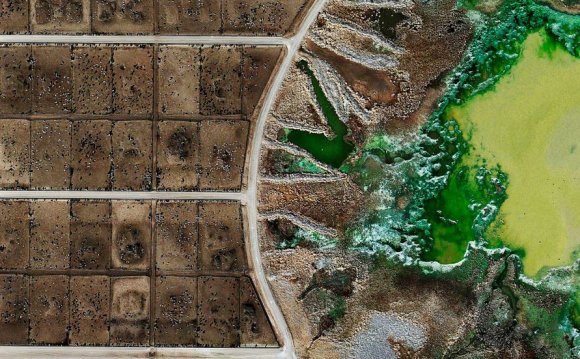 To mark cows for identification, ranchers restrain the animals and press hot fire irons into their flesh, causing third-degree burns, as the cows bellow in pain and attempt to escape. Male calves’ testicles are ripped from their scrotums, often without pain relievers, and the horns of cows raised for beef are cut or burned off.

While “on the range, ” most cows receive inadequate veterinary care, and as a result, many die from infection and injury. Every winter, cattle freeze to death in states such as Montana, Nebraska, and North Dakota. And every summer, cows collapse from heatstroke in states such as Texas and Arizona.

After about a year of facing the elements, cows are shipped to an auction lot and then across hundreds of miles to massive feedlots—feces- and mud-filled holding pens where they are crammed together by the thousands. Many arrive crippled or dead from the journey.

Cattle on feedlots are fed a highly unnatural diet to fatten them up. This causes chronic digestive pain—imagine your worst case of gastritis that never goes away. The stomach becomes so full of gas (a condition called bloat) that breathing is impaired because of compression of the lungs. According to a study published in the Journal of Animal Science, this diet also causes potentially fatal liver abscesses in as many as 32 percent of cattle raised for beef. Those animals who escape this fate may still suffer from a severe increase in stomach acid, causing ulcers to form, resulting in a condition (acute acidosis) in which bloody fluid rushes into the rumen and kills the cow.

The feedlot air is saturated with ammonia, methane, and other noxious chemicals, which build up from the huge amounts of manure, and the cows are forced to inhale these gases constantly. These fumes can give the cows chronic respiratory problems, making breathing painful.

Cattle raised for food are also regularly dosed with drugs such as antibiotics to make them grow faster and keep them alive in these miserable conditions. Instead of taking sick cattle to see a veterinarian, many feedlot owners simply give the animals even higher doses of human-grade antibiotics in an attempt to keep them alive long enough to make it to the slaughterhouse.

Tools of the Small Engine Mechanic