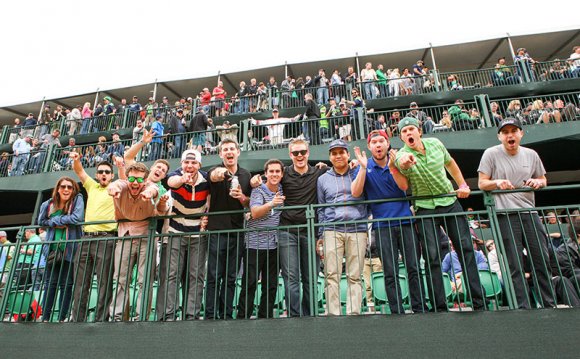 TICKETS FOR GENERAL PUBLIC GO ON SALE TUESDAY, NOV. 3 AT ALL TICKETMASTER OUTLETS

The 2016 Coors Light Birds Nest entertainment lineup is packed with prime talent as Rascal Flatts, Dierks Bentley and Robin Thicke will take the stage at the popular Waste Management Phoenix Open entertainment venue. Tickets will go on sale to the general public on Tuesday, November 3 at 10 a.m. through Ticketmaster (800-745-3000, and at all Ticketmaster outlet locations. The headline act for Saturday, Feb. 6 will be announced at a later date.

Rascal Flatts will kick-off the Coors Light Birds Nest on Wednesday, Feb 3. The Modern Country group from Ohio is the most decorated Country group of the past decade, taking home awards from the ACA’s, ACMs, AMAs, CMAs, People’s Choice Awards and more. In addition, Rascal Flatts has more than 22.5 million albums sold, and 15 No.1 singles including “These Days, ” “Bless the Broken Road, ” “What Hurts the Most, ” and “My Wish.”

Phoenix native Dierks Bentley will entertain the Coors Light Birds Nest crowd on Thursday, Feb. 4. Bentley first gained fame from his self-titled debut album in 2003 with the album’s single, “What Was I Thinkin’?” topping the country charts. His 2005 album, Modern Day Drifter, also was certified platinum, and the same year, Bentley became the youngest member of the Grand Ole Opry in addition to winning the CMA Horizon Award. Bentley’s most recent effort, Riser, debuted in 2014 and has received numerous award nominations.