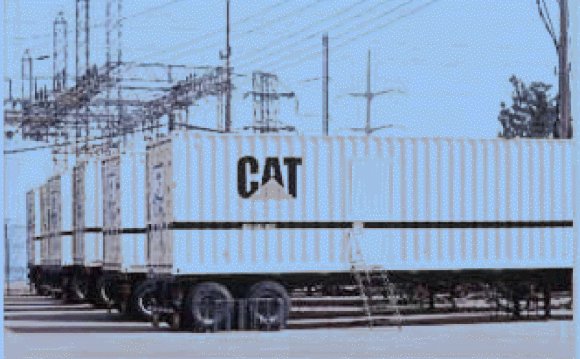 Abstract: Reciprocating internal combustion engines—a subclass of heat engines—can be operated in the four- and two-stroke cycles. In each case, the engine may be equipped with either a spark-ignited (SI) or a compression-ignited (CI) combustion system. A number of other engine classifications are possible, based on engine mobility, application, fuel, configuration, and other design parameters. The combustion process can be theoretically modeled by applying laws of mass and energy conservation to the processes in the engine cylinder. Basic design and performance parameters in internal combustion engines include compression ratio, swept volume, clearance volume, power output, indicated power, thermal efficiency, indicated mean effective pressure, brake mean effective pressure, specific fuel consumption, and more.

Heat engines are energy conversion machines—they convert chemical energy in a fuel into work by combusting the fuel in air to produce heat. This heat is used to raise the temperature and pressure of a working fluid that is then used to perform useful work. Heat engines can be classified as:

They can also be classified as either reciprocating or rotary. In reciprocating engines, the working fluid is used to move a piston in a linear fashion. The linear motion is then commonly converted to rotary motion through a crank-slider (connecting rod/crankshaft) mechanism. In a rotary engine, the working fluid spins a rotor that is directly connected to the output shaft.

In internal combustion (IC) engines, the working fluid consists air, a fuel-air mixture or the products of combustion of the fuel-air mixture itself. Reciprocating piston engines are perhaps the most common form of internal combustion engine known. They power cars, trucks, trains and most marine vessels. They are also used in many small utility applications. They can be fueled with liquid fuels such as gasoline and diesel fuel or gaseous fuels such as natural gas and LPG. Two common sub categories of reciprocating piston engines are the two-stroke and the four-stroke engine. Examples of rotary internal combustion engines include the Wankel rotary engine and the gas turbine.

Common goals in the design and development of all heat engines include: maximizing work (power output), minimizing energy consumption and reducing pollutants that may be formed in the process of converting chemical energy to work. Figure 1 shows the main components of a reciprocating internal combustion engine. Intake and exhaust valves are omitted for simplicity, however it is worth noting that in some two-stroke engine designs inlet and exhaust ports are used rather than valves.

Both two- and four-stroke reciprocating internal combustion engine may be equipped with either a spark-ignited (SI) or a compression-ignited (CI) combustion system.

Conventionally, spark-ignited systems are characterized by a pre-mixed charge (i.e., fuel and air are mixed prior to ignition) and an external ignition source such as a spark plug. Pre-mixing can occur in the intake manifold or in-cylinder. While the pre-mixed charge has a relatively homogeneous spatial distribution of air and fuel in most applications, the distribution can also be heterogeneous. Even in a heterogeneous mixture, all regions of the charge should fall between the rich and lean flammability limits of the fuel at the in-cylinder conditions at the time of ignition. Combustion is initiated by a spark and the flame propagates along a front from the spark location to the opposite side of the combustion chamber. Combustion in SI engines is said to be kinetically controlled because the entire mixture is flammable and the rate of combustion is determined by how quickly the chemical reaction can consume this mixture starting from the ignition source.

Conventional diesel engines are characterized by fuel injection directly into the cylinder approximately at the time ignition is required. As a result, the charge of air and fuel in these engines is very heterogeneous with some regions being over-rich and others being over-lean. Between these extremes, a mixture of fuel and air will exist in varying proportions. Upon injection, the fuel evaporates in this high temperature environment and mixes with the hot surrounding air in the combustion chamber. The temperature of the evaporated fuel reaches its auto-ignition temperature and ignites spontaneously to start the combustion process. The auto-ignition temperature of fuel depends on its chemistry. Unlike the SI system, combustion in compression-ignited engines can occur at many points where the air-fuel ratio and temperature can sustain this process. The bulk of the combustion process in CI engines is said to be mixing controlled because the rate is controlled by the formation of ignitable mixtures of air and fuel in the combustion chamber.

The distinction between SI and CI engines can be blurred in some cases. Due to pressures to reduce emissions and fuel consumption, combustion systems have been developed that can use some of the features of both SI and CI engines; for example, spontaneous ignition of premixed mixtures of gasoline, diesel fuel or a mixture of the two.