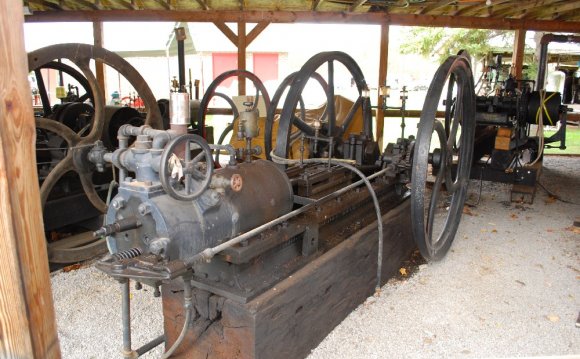 What are the forces that drive science and technology? How do we get from Wilbur and Orville Wright’s day where they could tinker their way to a major engineering breakthrough with little more than spruce frames, canvas and a hand built engine. what. "a hand built engine?" Where did this come from?

We have all heard of Wilbur and Orville, but who has ever heard of Charlie? Without Charlie there would have been no powered flight at Kitty Hawk. Charlie designed and built the water-cooled engine, from scratch, that Wilbur and Orville used that memorable day in 1903 - he made it in six weeks. Did I mention Charlie was a bicycle mechanic?

How about this challenge, try to design an internal combustion engine - here are your limitations, don’t use a computer or calculator and don’t go the library and copy pages out of the Chilton Manual, you can use a pencil and eraser. Most engineers I know (1) would be hard put to make an internal combustion engine from scratch in just six weeks. The engine Charlie made was made of aluminum and weighed about 160 pounds. The cast metal engines of 1903 were too heavy to be used in Wilbur and Orville’s glider. Did I mention that Charlie was a bicycle mechanic?

Not only did Charlie design and make an internal combustion engine, he made it out of aluminum. Most of us have been exposed to aluminum products all of our lives and we all know aluminum has been around for centuries. Unfortunately what most of us don’t realize is that aluminum was considered a precious metal, more expensive than gold, silver or platinum until 1886.(3) Charlie had his aluminum engine forged at either the Miami Brass Foundry or the Buckeye Iron and Brass Works, near Dayton, Ohio. His was such a low profile operation that historians don’t know exactly where the engine block was cast. Did I mention Charlie was a bicycle mechanic?

Charles Edward (Charlie) Taylor, the bicycle mechanic is a true aviation hero. When you hear or read about Wilbur and Orville don’t hesitate to add the name "Charlie." Before Charlie’s hand built engine a lot of people were doing glider flights, Charlie put the "power" into powered flight.

Charlie died in 1956 at the age of 87, he is buried at the Portal of Folded Wings Shrine to Aviation in Burbank, California.

(1) The only engineer I personally know that would be up to the challenge is my father-in-law, Wendell P. Spurgin. Unfortunately Spud passed away a few years ago.