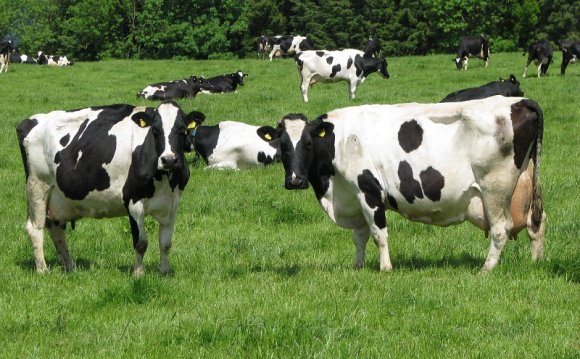 The Netherlands is one of the world's largest exporters of agricultural and food products, thanks to its innovative agrifood technology. The Dutch agrifood sector is a sustainable source of healthy, safe food that is produced with respect for nature and the environment.

As the world rapidly urbanises, with people migrating from the countryside to the cities, there is increasing pressure on urban areas to deliver sustainable and healthy food supplies. Food security is crucial to economic performance and social wellbeing. This means that solutions are needed that take into account issues such as animal welfare, food safety, waste-disposal and habitation, but also issues such as governance, education, and a fair society. With a large population in a small, low-lying delta region where land is at a premium, farms in the Netherlands are some of the most intensive, sustainable, and efficient in the world.

Thanks to a wealth of agricultural knowledge, fertile soil, intensive farming, quality of produce, and trading expertise, Dutch agri-food products are exported all over the world. This applies to plant-based produce as well as for animal products such as livestock, poultry (meat) and eggs. Machinery for the processing of agri-food products: from robotic soft-fruit pickers; to automated meat separators; to potato processing; is also a key global export product, as is the knowledge around food processing. Out of the top-40 food and drinks companies in the world, 12 have R&D centres located in the Netherlands.

The Netherlands is the world's second largest exporter of agricultural products, after the USA. Together with the USA and Spain, the Netherlands is one of the world's three leading producers of vegetables and fruit. It supplies a quarter of the vegetables that are exported from Europe. The Dutch agricultural sector is diverse; it covers a wide range of livestock and plant-cultivation sectors that include, for example, arable and dairy farming, cultivation under glass, tree-growing and pig farming.

The Dutch are forward-looking. This is reflected in the worldwide renowed research and innovation infrastructure of the Netherlands. Wageningen University is the number 1 Agricultural University in the world for the third year in a row according to The National Taiwan Ranking of over 300 universities on scientific and research excellence. Five of the top 26 global agri-food companies have R&D facilities in the Netherlands. Examples of recent private investments; Danone opened a large, new R&D centre in Utrecht in 2013, where it concentrates its European research on clinical nutrition and nutrition for children. In 2013, Heinz opened its new R&D centre for Europe in Nijmegen. Royal FrieslandCampina concentrated its R&D in a new large R&D centre in Wageningen that opened in 2013.

2. Holland's mild climate, flat and fertile soil and favourable geographical location at the heart of Europe

Next to the geographical expertise, infrastructure, the food processing industry, commerce and logistics are all on an extremely high level in the Netherlands.

By 2050 we will need to feed a world population of 9 billion people. Continuation of the current production levels will lead to a food shortage of 70%. The alliance will adopt an approach developed in the Netherlands: Climate Smart Agriculture. The intention of the alliance is to expand and intensify the projects carried out by small farmers, horticultural growers and fishermen, and to continue to guarantee food safety through targeted public-private partnerships.

5. Caring for environmental protection and sustainability

Despite tight profit margins, agricultural businesses have invested substantially in environmental protection and implemented improvements in animal welfare. The agri-business is one of the driving forces behind the Dutch economy. At the same time, it poses challenges to the environment. In recent decades, farms became larger in scale and production became more intensive. As a result, fertilizers and manure made more impact on the countryside. Farming had to become more sustainable. Today, the Dutch agricultural sector is strongly focused on sustainability: it is a source of healthy, safe food that is produced with respect for the landscape and the environment.