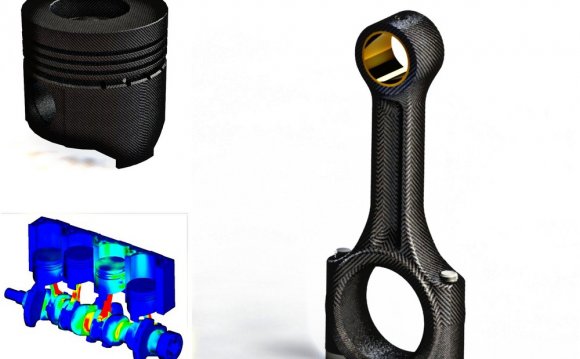 How Does an Internal Combustion Engine Operate and What are its Parts?

Gasoline-powered four-stroke engines operate by spraying a mixture of gasoline and air into a cylinder. A piston compresses the mixture. Once the compression stroke reaches its optimal point, a spark plug generates an electrical spark which ignites the fuel. The combustion of fuel generates heat, or hot gasses, at a higher pressure than the gasoline-air mixture. As a result, the pressure drives the piston back down for the reintroduction of a second stroke. The combustion gasses vent at the same time that a second spray of the mixture prepares for a second stroke. The crankshaft enables the piston to move outward and in a linear motion while returning back to its original position as the exhaust gases exit the cylinder. Valves regulate the intake of the gasoline-air mixture, and allow the exhaust gasses to leave at the right time.

What is the Two-Stroke Internal Combustion Engine?

Modern machinery consists of two different types of internal combustion engines, including the two-stroke and four-stroke. Most people can find two-stroke internal combustion engines in small machinery, such as jet-skis, chain saws, and motorcycles. The two-stroke engine looks deceiving by its construction; however, its complex inner-workings have more to tell. A two-stroke engine has several features that make it unique to other engine models. For instance, a reed valve lies in between the air-intake and the crankcase. The reed valve functions by trapping the fuel-mixture as it enters the crankcase through the air-intake. In addition, the cylinder does not have any valves, which differs from its conventional four-stroke counterpart. The two-stroke also has ports, or special holes in the cylinder wall, which allow the fuel-air mixture to enter the crankcase. Ports also allow the exhaust to exit the engine. They become uncovered when the piston returns to the down position.

The fuel-air mixture draws into the crankcase from the carburetor through the reed valve. When the piston races back down, the exhaust port uncovers and then the exhaust gasses exit the cylinder. Once the piston settles in the down position, the crankcase becomes pressurized and ready for the intake port to uncover. Once this occurs, pressurized fuel-air mixture enters the chamber. This is a critical point in the operation of the engine because both of the intake and exhaust ports are open at the same time. The timing and air flow dynamics must remain in sync otherwise it could disrupt the flow of the machine. As the piston starts to move up, the fuel-air mixture begins to compress and then ignites. The hot gasses increase the pressure, which drives the piston back down with immense force.

What is the Four-Stroke Internal Combustion Engine?

Most industries incorporate the four-stroke internal combustion engine into their machinery. Most people can find the four-stroke combustion engine in automotive and heavy machinery, such as sport utility vehicles (SUVs), trains, planes, generators, and diesel trucks. The four-stroke engine requires more movable parts, but it's considerably more efficient than its two-stroke counterpart. On the piston's first downward stroke, the fuel-mixture enters into the cylinder. The second upward stroke compresses the mixture and then ignites to create expanding hot gasses that force the piston back down on the third stroke. On the fourth upward stroke, the exhaust gasses exit the cylinder. This creates the mechanical force that drives modern industrial machinery today.