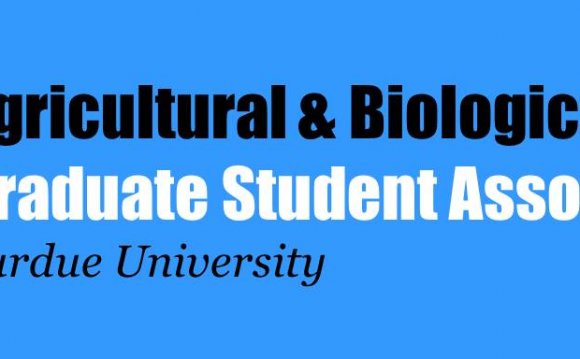 The Purdue Research Foundation-managed Trask Innovation Fund (TIF) is a Purdue University development mechanism to assist faculty with work to further commercial potential of technologies disclosed to the Office of Technology Commercialization (OTC). Funds are awarded under the advisement of the TIF Advisory Council, which consists of representatives from the Purdue University Office of the Vice President for Research, Purdue Faculty, Purdue Research Foundation, and local business community.

Forty-five percent of the presentations in the NRES sessions at the ASABE Annual International Meeting were given by students.

This competition encourages agricultural engineers in industry and public service (not limited to ASABE members) to strive for excellence in extension activities through the interchange of ideas on successful methods and techniques. It also promotes excellence in educational aids, which represent agricultural engineering and through the exchange of ideas and individual recognition, contributes to overall improvement in the use of educational aids.

Nathan Mosier, Agricultural and Biological Engineering, is the recipient of the 2015 Agricultural Research Award.

The Universities Council on Water Resources held their 2015 Awards Banquet at Green Valley Ranch Resort in Henderson, Nevada, during their conference "Water Is Not for Gambling: Utilizing Science to Reduce Uncertainty" June 16-18, 2015.

Congratulations to the PICS team for their award from the Purdue Office of Engagement on May 13, 2015.

The research award is given to a faculty member whose research has influenced a student's passion within that field of study. Read more in The Exponent.

The Robert E. Koski Medal, established in 2007, recognizes individuals who have advanced the art and practice of fluid power motion and control through education and/or innovation. It is awarded by the American Society of Mechanical Engineers (ASME).

Three professors, all from the College of Agriculture, received Morrill Awards at the Provost's Faculty Awards Convocation Tuesday.

Jane Frankenberger is heading a $5 million federally funded project examining the economic and environmental benefits and costs of storing water on farms in ways for crops to use it when they need it and to reduce nutrients draining into waterways.

We are honored to be named the #1 ABE grad program for the 7th consecutive year. The work we do here matters and our students make the difference.

How to Start Ryobi Petrol 4 Cycle Engine Line Trimmer and ...