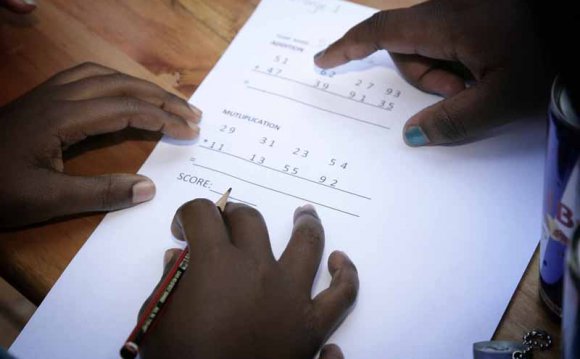 An excellent agricultural engineering researcher who is also helping to build Africa's human resource capacity – that's Prof Umezuruike Linus Opara, holder of the DST-NRF South African Research Chair in Postharvest Technology, and distinguished professor in the Department of Horticultural Science at Stellenbosch University. He was recognised as such on Saturday with an IMPRESSA 2015/2016 Award by the Regional Universities Forum for Capacity Building in Agriculture (RUFORUM).

The award was presented to him in Windhoek in Namibia during the RUFORUM annual general meeting of RUFORUM, a continent-widel network of 46 African universities in Eastern, Southern, Central and Western Africa. The IMPRESSA Award recognises impact research and science in Africa, and honours outstanding university scientists who have made a significant contribution in the field of agricultural research and science for development in Africa, including human and institutional development.

"While I am delighted that my work has been recognised on a continent-wide scale, the award equally recognises Stellenbosch University and the small team of dedicated and productive students and staff I have worked with over the years, " he acknowledges humbly.

Since joining Stellenbosch University in 2009, Prof Opara has set up a state-of-the-art research laboratory that develops and tests various postharvest technologies and advancements.

He works on a wide range of products - from the postharvest handling and storage of fruit and vegetables such as table grapes and apples and pomegranates to fish preservation and the use of cassava flour as an alternative bread making option.

In particular, Prof Opara is recognised as the world's leading researcher of matters relating to postharvest technology suitable for pomegranate fruit. The National Research Foundation recently estimated that the efforts that his team has put into develop handling technologies for this anti-oxidant rich fruit work has provided R65 million of direct and indirect benefits to South Africa's fledgling pomegranate industry.

Forty graduate students (19 PhDs and 21 MSc students) and four postdoctoral fellows from over 15 African countries have since benefitted from the training and mentorship in agricultural science and engineering research he has provided at Stellenbosch University.

Prof Opara's interest in making research work for farmers and agribusinesses has over the years taken him to several countries in Africa, Asia, the South Pacific, Europe and the Middle East. Thanks to support from many development agencies he has been able to implement in-country training programmes in among others the Kingdom of Tonga, China, Mali, Tanzania, Nigeria, Sultanate of Oman and Cambodia.

Prof Opara serves on the advisory board of international organisations such as the Horticulture Innovation Lab of the Feed the Future Programme in the USA. He is the honorary vice president of the International Commission of Agricultural and Biosystems Engineering (CIGR) and honorary chair of the CIGR Section VI: Postharvest Technology and Agro-Processing. He also chairs the

He is the founding editor-in-chief of the International Journal of Postharvest Technology, and has published over 200 articles in peer-reviewed journals, book chapters and industry journals. He has given over 150 oral presentations at international conferences, including several invited keynotes addresses and served in expert panels related to food security, value addition and agricultural transformation.