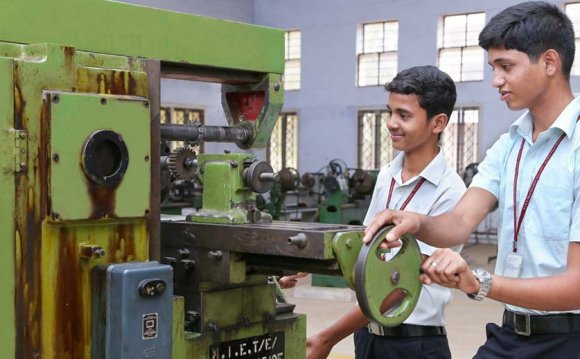 Gasoline or petrol engines are also known as spark-ignition (S.I.) engines. Petrol engines take in a flammable mixture of air and petrol which is ignited by a timed spark when the charge is compressed. The first four stroke spark-ignition (S.I.) engine was built in 1876 by Nicolaus August Otto, a self-taught German engineer at the Gas-motoreufabrik Deutz factory near Cologne, for many years the largest manufacturer of internal-combustion engines in the world. It was one of Otto's associates - Gottlieb Daimler - who later developed an engine to run on petrol which was described in patent number 4315 of 1885. He also pioneered its application to the motor vehicle (Fig. 1.1-3).

Induction stroke (Fig. 1.1-3(a)) The inlet valve is opened and the exhaust valve is closed. The piston descends, moving away from the cylinder head (Fig. 1.1-3(a)). The speed of the piston moving along the cylinder creates a pressure reduction or depression which reaches a maximum of about 0.3 bar below atmospheric pressure at one-third from the beginning of the stroke. The depression actually generated will depend on the speed and load experienced by the engine, but a typical average value might be 0.12 bar below atmospheric pressure. This depression induces (sucks in) a fresh charge of air and atomized petrol in proportions ranging from 10 to 17 parts of air to one part of petrol by weight.

An engine which induces fresh charge by means of a depression in the cylinder is said to be 'normally aspirated' or 'naturally aspirated'.

Compression stroke (Fig. 1.1-3(b)) Both the inlet and the exhaust valves are closed. The piston begins to ascend towards the cylinder head (Fig. 1.1-3(b)). The induced air-and-petrol charge is progressively compressed to something of the order of one-eighth to one-tenth of the cylinder's original volume at the piston's innermost position. This compression squeezes the air and atomized-petrol molecules closer together and not only increases the charge pressure in the cylinder but also raises the temperature. Typical maximum cylinder compression pressures will range between 8 and 14 bar with the throttle open and the engine running under load.