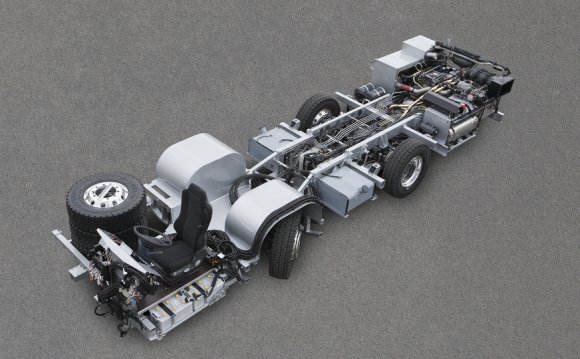 By design, a two-stroke diesel is power-dense, with a power stroke every revolution, and inherently cleaner than a gasoline two-stroke. A major drawback is a narrow powerband. And "clean" is relative; emissions and economy standards in Europe and North America are extremely exacting for diesels. Several companies are trying to meet these challenges and produce a two-stroke engine suitable for a light automobile, but so far none have come to market.

The POWERFUL is half the size of the company's basic 1.5-liter dCi turbodiesel passenger-car engine; it weighs a full 88 lbs less, and in its current form is capable of making 48–68 horsepower out of just 0.73 liters. The POWERFUL uses both a supercharger and a turbocharger, just like other twin-charged engines. For comparison, depending on tune, the 1.5-liter dCi makes 64–110 hp. And it's not merely a 1.5 dCi cut in half, because that engine is a four-stroke diesel.

That being said, Renault's not happy with the performance of POWERFUL yet. Further development is required before it's ready for prime time. France is reconsidering its love affair with diesel as we speak, but perhaps tiny two-strokes will show the way forward.

The Back to the Future Engine