What is Farm animals? 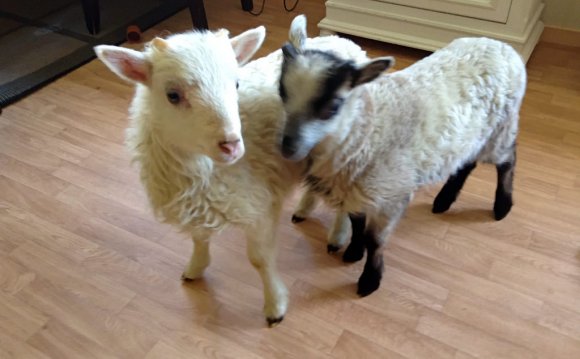 Last year, the U.S. Food and Drug Administration (FDA) said the use of cephalosporin antibiotics in cattle, pigs, chickens, and turkeys posed “a serious health threat” to humans. That’s because the widespread use of these drugs in farming may be contributing to the growing threat of treatment-resistant bacterial infections. Now the FDA has taken action by limiting the use of cephalosporins in animals raised for food.

Doctors often prescribe cephalosporins to stop common infections such as pneumonia and urinary tract infections. They are also used before surgery. Several dozen cephalosporins are on the market. Brand names you might recognize include Keflex and Ceclor. Unfortunately, more and more infections are resistant to cephalosporins.

Many commercial farms crowd animals into small living and feeding areas. These farms routinely give antibiotics to healthy animals in order to prevent infection and to help the animals grow. According to the FDA, nearly 25 million pounds of antibiotics are used each year in cattle, pigs, chickens, and turkeys purely for the sake of prevention.

Some bacteria aren’t harmed by the antibiotics because they carry one or more genes that confer resistance against the drug. These resistant bacteria can then multiply. In some cases they have become the new “normal.”

The FDA’s first step toward limiting the use of antibiotics in farming is welcome news to me. As a primary care doctor, I am being asked to prescribe antibiotics only when they are most needed. I believe farmers should do the same thing. Otherwise, antibiotics lose their power. Bacteria strains become drug-resistant. And people suffer.

When I diagnose a bacterial infection in one of my patients, I hesitate as I pick out what antibiotic to use, hoping to choose the right one. I tell my patients to call me after finishing the course of antibiotics so I can hear that they are doing better. If they don’t get better, I may have to put them into the hospital for a while. In that case, I’ll pull out the “big gun” antibiotics. The worrisome thing is, we don’t have too many “big guns” left.

The use of antibiotics in raising animals for food is only part of the problem. Doctors contribute to the creation of drug-resistant bacteria by prescribing antibiotics when they aren’t really needed. A recent study published in the journal Pediatrics, for example, found that pediatricians inappropriately prescribed broad-spectrum antibiotics about 25% of the time. Patients are also part of the problem, often demanding an antibiotic for viral infections, which antibiotics can’t treat.

Looking to the future

The U.S. government has monitored the use of antibiotics in the food industry for 15 years. Yet this week’s announcement is the FDA’s first rule that restricts antibiotic use on farms. Keep in mind that it limits only antibiotics used for prevention. It does not affect drugs used for treatment of infections. It also applies to only one class of antibiotic. We can expect to see the FDA expand this program.

We receive much of our food through large-scale produce distribution and imports. For example, food imports have almost doubled during the last 10 years. The FDA’s ruling applies only to animals raised in the United States. It is a good reason to buy foods that are produced locally.

Keep an eye out for further news about antibiotics for farm use. In the meantime, use antibiotics for your own infections only when necessary. You rarely need antibiotics for acute bronchitis or for the common cold, acne, or sinus symptoms that last fewer than seven days.

What do farm animals need?