What are Farm animals? 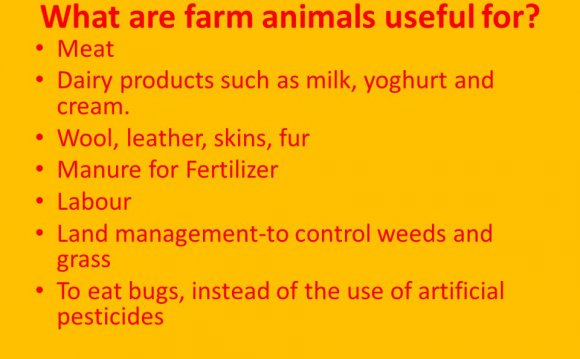 Imagine if the U.S. Fish and Wildlife Service spent tens of millions of dollars on animal experiments designed to increase reproductive rates of deer on captive hunting facilities – to benefit private operators who offer up deer in a guaranteed kill arrangement. In the process, they treated the deer horribly, all for the purpose of setting up more cruelty by the canned hunt operators and their patrons. Is that a proper function of government – to serve as a handmaiden to some of the most cruel and deplorable practices and industries using animals?

This is what’s happening with the U.S. Department of Agriculture and the factory farming industry, as recently reported by Michael Moss of The New York Times in a conducted on farm animals at a USDA facility in Nebraska, known as the U.S. Meat Animal Research Center (USMARC).

Today, I stood with Congressman Earl Blumenauer (D-Oregon) and my colleague Matt Bershadker of the ASPCA to announce a proposal to correct just one small part of the problem – the government’s double standard in inspecting research facilities involving the use of animals, while not applying the same rules to federal facilities like USMARC. Congressman Blumenauer announced he had introduced H.R. 746, the Animal Welfare in Agricultural Research Endeavors (AWARE) Act, which would amend the Animal Welfare Act (AWA) to finally protect farm animals used for agricultural research at federal facilities. In a bizarre and unacceptable exclusion for the factory farming industry, the AWA, the main federal law that covers the use of animals in biomedical research, currently excludes farm animals “used or intended for use for improving animal nutrition, breeding, management, or production efficiency, or for improving the quality of food or fiber.”

The USMARC has received nearly $200 million from government coffers since 2006, clandestinely doing the research and development of the factory farming lobby. Some examples of experiments at the center include researchers trying to increase the number of cows who birth twins, increase litter sizes of pigs, and breed “easy care” lambs. According to the at least 6, 500 animals died of starvation and many suffered during exposure to extreme weather or attacks by predators. Several whistleblowers, including a veterinarian with 25 years of experience at the facility, shared stories of outrageous cruelty and neglect there.

USMARC isn’t the only federal entity conducting such research; it is one of 40 facilities that are part of the Agricultural Research Service, a division of the USDA. A rough accounting reveals that these facilities received a total of $4.6 billion between the years 2006 and 2013. There is no reason that the ARS facilities shouldn’t be required to follow basic standards for adequate food, housing, shelter, veterinary care, and alleviation of animal suffering. Ironically, the USDA is the agency tasked with enforcing the AWA at facilities that conduct biomedical research; therefore, if these same animals were used in a laboratory for human health research they would be protected under this federal law.