What is a livestock Farm? 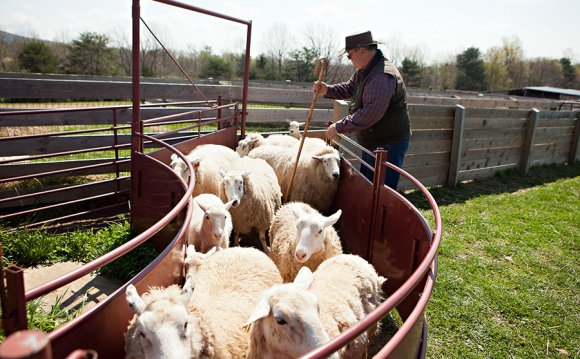 Grazing livestock may soon be a common sight in the Palouse region of southeastern Washington, usually known for its rolling hills and grain production.

Jonathan Wachter, a soil science doctoral student at Washington State University, has been working with a local farm to improve the competitiveness of organic mixed crop-livestock systems and their potential adoption by growers in a conventional grain-producing region.

The study is supported by a $695, 078 National Institute of Food and Agriculture (NIFA) grant awarded to Washington State University through the Organic Transitions (ORG) program.

“Since 2001, ORG has provided support to researchers across the nation to help improve the competitiveness of organic crop and livestock producers as well as those who are adopting organic practices, ” said Mat Ngouajio, NIFA national program leader for plant production. “This support has also helped better understand ecosystem services of organic agriculture.”

Wachter has been working on this five-year project with wheat farmers Eric and Sheryl Zakarison since 2012, growing wheat, peas, perennial species like alfalfa, and sheep in a tightly integrated system to demonstrate how integrated livestock farming can contribute to sustainability goals.

“They are the ones doing the research on their farm because they want to improve their soil, ” Wachter said. “All I’m doing is putting their ideas into practice in a research context to generate the data that backs up some of (their ideas). They’re the real innovators.”