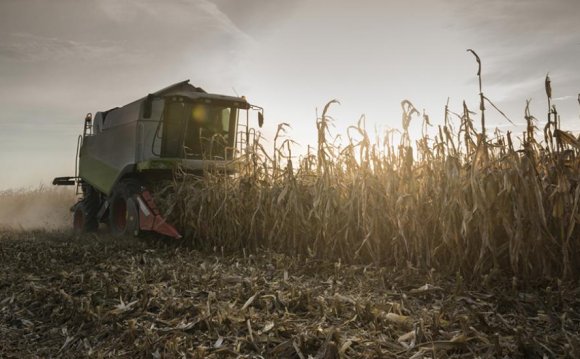 So many of you may be asking – aren’t they the same thing?

In some cases, yes, but it really depends on where you’re doing your shopping. If you get your vegetables from one of the major supermarket chains such as Kroger, Safeway, or Walmart, then yes, conventional and industrial are pretty much synonymous.

But if you get your produce from the local farmer’s market or a place that sources products from local farmers like Whole Foods or Dig Inn, then there truly is a difference.

So you see, the difference is local. Let me explain.

(Please note that for the purposes of this post, I’m going to focus on farms that grow crops and ignore those who raise livestock. Livestock farms are very different and merit their own discussion, which we’ll address in a future post.)

How we define industrial farming

Such large scale monocropping was made possible by the invention of synthetic pesticides and fertilizers during the industrial revolution – one of those things that seemed like an amazing technological breakthrough at the time, but that we’re now coming to realize may not be all it’s cracked up to be (due to massive negative effects on the environment and on human health). And the use of synthetic products (i.e. chemicals made in a lab) has accelerated pretty dramatically during the 20th century as new technologies have been developed – both new fertilizers and pesticides and new farming machinery.

The practice of monocropping depletes nutrients in the soil, which will cause crop yields to dwindle if the nutrients aren’t replaced. Before the invention of synthetic fertilizers, farmers had to rely on natural fertilizer (i.e. manure), crop rotation, and (otherwise known as “green manure”) in order to add back nutrients to the soil.

But these natural techniques are difficult and expensive to implement on a large scale so industrial farms now rely on the heavy use of synthetic fertilizers to keep growing the same crop over and over again.

The same goes for synthetic pesticides and herbicides. In order to maximize crop yields and profitability, industrial farms now use heavy doses of both. Natural approaches to keeping pests and weeds at bay (integrated pest management, organic pesticides & herbicides, or just good old-fashioned weeding) are simply not scalable – they’re much more labor intensive and/or expensive, which cuts into profit margins. And lower yields (which result in lower profits) are simply not an option for industrial farms, so they spray massive amounts of chemicals to keep yields as high as possible.

This industrial approach also results in crops that are much less nutrient dense. This is due to the way the crops are grown (quickly and with less naturally good stuff in the soil), the processing that’s required to cleanse the crops before they’re safe for human consumption, and the fact that many industrial crops are shipped great distances (vitamins, minerals, and nutrients are lost due to freezing and long-term storage). So industrial crops come not only with more bad stuff but also with less good stuff.

What does this mean for the end consumer?

More chemicals and fewer nutrients in our food – the impact of which we’re just starting to understand. Many people partially attribute the dramatic increase in cancer and other diseases in recent decades to the increased amounts of chemicals (coming from both industrial farming and food processing, which we’ve previously discussed) in our food. And lower nutrient levels aren’t helping either – nutrients help keep the body strong and rid itself of bad stuff like carcinogens and hormone disruptors.