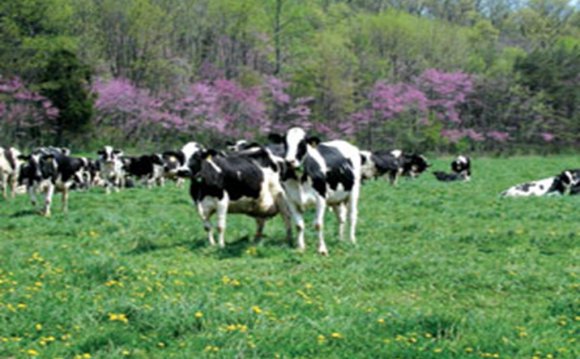 The objective of this article is to describe a classification of the world's livestock systems based on a recent study carried out by the Animal Production and Health Division (AGA) of FAO. The systems classification aims at:

· Delineating and defining elements of a classification of livestock production systems.

· Providing insights into the importance of livestock systems across world regions and agro-ecological zones and related trends in order to provide orientation to decision-makers involved in livestock development.

The results form a valuable basis for priority setting in AGA's new programme of work, which will be based on a systems approach starting from the 1996-97 biennium. They were originally used as the basis for the environmental impact assessment of an FAO-coordinated global multidonor study on interactions between livestock production systems and the environment. The results are useful in a general discussion of livestock development. Full statistics and descriptions are contained in the forthcoming FAO publication World livestock production systems.

Livestock production systems are considered to be a subset of farming systems. A review of the literature (Ruthenberg, 1980; Jahnke, 1982; FAO, 1980; De Boer, 1992; FAO, 1994) revealed that most farming systems classifications are not backed by quantitative criteria, which would enable cases to be clearly allocated to one class. These classifications are closer to typologies. No attempts at developing a classification of world livestock systems by using quantitative statistical methodologies (cluster analysis and related methodologies) could be located in the literature. This probably relates to the lack of appropriate data sets for such approaches on a global scale.

The classification criteria were limited to three: integration with crops, relation to land and agro- ecological zone. The classification structure is outlined in Figure 1. In addition, the landless system group was split into two - landless ruminant and landless monogastric - bringing the total number of systems to 11.

Figure 2 outlines the flow of data processing required to arrive at a description of the resource base, number of animals, output, selected productivity indicators and geographical distribution for each system.

Using data from the FAO Information System for Agricultural Statistics (AGROSTAT), commodities or items were sequentially allocated to specific cells with defined attributes. At the first stage, national totals were assigned to one or more of the agro-ecological zones (AEZs) of the country in question using decision rules. For land-based production systems, for example, that is the proportion of arable land in each AEZ, and for landless production systems, the prorating factor became the population in each AEZ, in relative terms. The world's land surface was classified into ten AEZs.

Data for each item were then aggregated across specified AEZs to arrive at climatically broader and less numerous systems, for example, humid + subhumid tropics and subtropics. Data on different dimensions of a livestock production system were extracted from the item-oriented spreadsheets to produce system-descriptive spreadsheets.

Given the intrinsic weakness of the procedure of allocation to systems, in the case of large countries with diverse ecologies, subnational statistics were consulted to allocate the data manually to a production system for the major countries: China and India in Asia; Nigeria, the Sudan and Ethiopia in sub-Saharan Africa; and Brazil, Mexico and the United States in the Americas.

Livestock systems in which more than 90 percent of dry matter fed to animals comes from rangelands, pastures, annual forages and purchased feeds and less than 10 percent of the total value of production comes from non-livestock farming activities.

Grassland-based systems (LG). Subset of solely livestock production systems in which more than 10 percent of the dry matter fed to animals is farm-produced and in which annual average stocking rates are less than ten LU per hectare of agricultural land.

Rain-fed mixed-farming systems (MR). A subset of the mixed systems in which more than 90 percent of the value of non-livestock farm production comes from rain-fed land use.