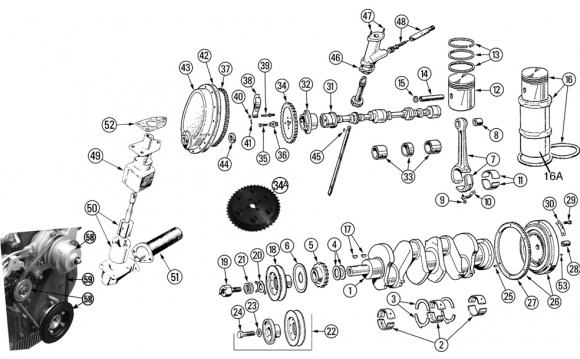 Game developer studios of all sizes are making the move from using or supplementing in-house technology to adopting an external engine like Unity. Unity’s newest whitepaper, “A Guide to Moving From Internal Game Engine Technology, ” takes an in-depth look into this growing trend, and shares real-world perspectives from some of the most successful game developers on why they switched to Unity, and how studios can do it right.

In this new whitepaper, we’ll consider why many studios are finding success in moving from custom technology to an external engine.

Unity invited developers from some of the world’s most respected and experienced studios to share their insights on what motivated their teams to look beyond established in-house tech, how they best adopted a new engine, and what the advantages and challenges have been.

While using Unity to develop some of the most successful and exciting games on the market, such as Assassin’s Creed Identity, The Bridge, Grow Home, Plague Inc., Hitman GO and Total War Battles: SHOGUN, some of these studios have turned their backs on custom tech completely, while others are using an external engine on select projects. What unites each, though, is the success they’ve met in embracing an external engine – specifically Unity.

What you should get from this report

By the end of the report, you should have an informed understanding of whether it is the right time to move away from your custom technology and embrace an external engine to use alone – or to use alongside your existing solutions. In short, this whitepaper will:

If you’re curious as to whether or not your custom technology is enough on its own, then this report is for you. We present a potential new route for your team, your technology, your games and your business. Moving beyond custom may help you enjoy the success of the various contributors, who between them have created truly distinct and brilliant titles – all of which were made with Unity by a studio previously committed at various levels to its custom technology.