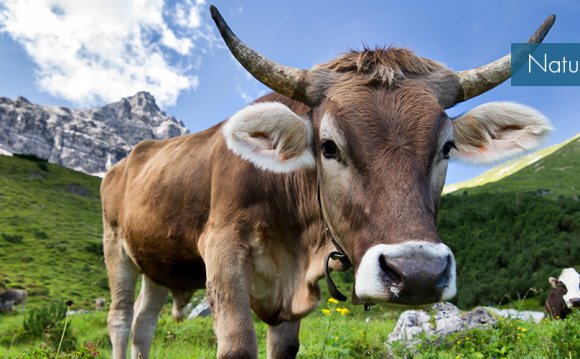 Consumers are increasingly demanding higher standards for how their meat is sourced, with animal welfare and the impact on the environment factoring in many purchases. Unfortunately, many widely-used livestock production methods are currently unsustainable. However, new research out today from the University of Cambridge has identified what may be the future of sustainable livestock production: silvopastoral systems which include shrubs and trees with edible leaves or fruits as well as herbage.

Professor Donald Broom, from the University of Cambridge, who led the research said: “Consumers are now demanding more sustainable and ethically sourced food, including production without negative impacts on animal welfare, the environment and the livelihood of poor producers. Silvopastoral systems address all of these concerns with the added benefit of increased production in the long term.”

Current cattle production mostly occurs on cleared pastures with only herbaceous plants, such as grasses, grown as food for the cows. The effects on the local environment include the removal of trees and shrubs as well as the increased use of herbicides, all of which result in a dramatic decrease in biodiversity. Additionally, there is also contamination of soil and waterways by agricultural chemicals as well as carbon costs because of vehicles and artificial fertiliser necessary to maintain the pasture.

Additionally, shrubs and trees with edible leaves and shoots, along with pasture plants, produce more food for animals per unit area of land than pasture plants alone. Trees and shrubs have the added benefit of providing shade from hot sun and shelter from rain. It also reduces stress by enabling the animals to hide from perceived danger.

“The planting as forage plants of both shrubs and trees whose leaves and small branches can be consumed by farmed animals can transform the prospects of obtaining sustainable animal production, ” said Professor Broom. “Such planting of ‘fodder trees’ has already been successful in several countries, including the plant Chamaecytisus palmensis which is now widely used for cattle feed in Australia.”

Another success has been in Colombia where a mixed planting of the shrub Leucaena with a common pasture grass resulted in a 27% increase in dry matter for food and 64% increase of protein production.

One of the additional benefits of using the silvopastoral system is that it increases biodiversity. Biodiversity is declining across the globe, and the main culprit is farming – 33% of the total land surface of the world is used for livestock production. If farmers were to switch to sustainable livestock production methods, such as the silvopastoral system, the result would be much greater biodiversity with no increase in land use.

Professor Broom added: “It is clear that silvopastoral systems increase biodiversity, improve animal welfare and provide good working conditions while enabling a profitable farming business. The next step is to get farmers to adopt this proven, sustainable model.”

The paper ‘Sustainable, efficient livestock production with high biodiversity and good welfare for animals’ was published today, 25 September, in the journal Proceedings of the Royal Society B.

Sustainable Farmers - Stewards of the Land

Why Organic, Sustainable Farming Matters | Portrait of a ...