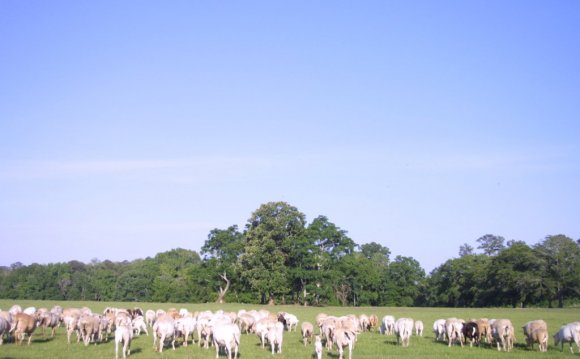 We’ve all seen the grocery store packages of meat, eggs, and dairy products decorated with reassuring phrases such as “natural” and “free-range” and pictures of happy animals running near quaint country barns. But people who buy organic or “free-range” animal-derived food because they think that the animals are treated well are sadly mistaken.

Many organic and “free-range” farms cram thousands of animals together in sheds or on mud-filled lots to increase profits, just as factory farms do, and the animals often endure the same mutilations—such as debeaking, dehorning, and castration without painkillers—that occur on factory farms.

Many “organically raised” cows are sent to crowded factory-farm feedlots, where they become covered with feces and mud, to be fattened prior to slaughter. Cows who are transported long distances and fattened on feedlots can still be labeled “organic” as long as they’re given organic feed.

Cows on organic dairy farms may be kept in filthy sheds or other enclosures, mired in their own waste, enduring the strain of forced yearly pregnancies and having their calves taken away from them. If the cows’ udders become infected from frequent milkings, which often happens, many farmers deny them antibiotics because medicated animals lose their “organic” status. Organic dairy farmers are also less likely to vaccinate cows against harmful diseases.

Cattle have their horns cut off and their testicles cut out of their scrotums, and many are branded with sizzling-hot irons, resulting in third-degree burns. Pigs on organic farms often have their tails cut off and their ears notched, and some have rings forced into their sensitive noses in order to prevent them from rooting in the grass and dirt, which is a favorite pastime of pigs. Chickens on organic egg farms usually have part of their sensitive beaks cut off, causing acute pain and sometimes death. None of these animals is given any painkillers.

At the end of their sad lives, the animals who don’t die on the farms are typically shipped on trucks through all weather extremes, usually without food, water, or rest, to the same slaughterhouses used by factory farms. There, they are hung upside down and their throats are cut, often while they’re still conscious and struggling to escape. Some chickens are still conscious when they’re forced into the scalding-hot water of the defeathering tanks, as are some cows when their bodies are hacked apart.

And because organic and “free-range” animals are killed in the same filthy slaughterhouses as animals from factory farms, their flesh has the same potential for bacterial contamination from contact with excrement.