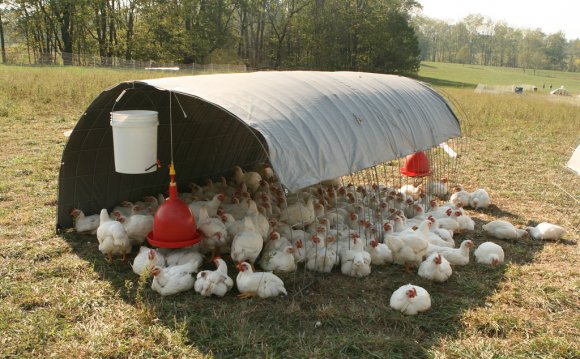 Many consumers believe that labels such as free-range, free-roaming, or cage-free mean that chickens spend their days in natural outdoor settings, but the label means something entirely different to the egg industry.

Hens on large-scale commercial cage-free farms are not kept in cages as the birds on standard egg factory farms are, but the difference usually stops there. Most still have their sensitive beaks cut off with a hot blade and are crammed together in filthy sheds. They never go outside, breathe fresh air, feel the sun on their backs, or do anything else that is natural or important to them.

They suffer from the same lung lesions and ammonia burns as hens in cages, as well as breast blisters from sitting on urine- and feces-covered floors. Male chicks are often ground up alive or left to suffocate because they don’t lay eggs and are considered too small a breed to be profitably used for meat.

While free-range and organic egg farms are technically supposed to give birds outdoor access, the U.S. Department of Agriculture (USDA) has decided that “they may be temporarily confined” for “reasons of health, safety, the animal’s stage of production or to protect soil or water quality.” Many free-range egg farms take full advantage of this loophole by almost never allowing the birds outside.

According to Scott Akom, formerly the general manager of a Horizon Foods farm, “Free-roaming and cage-free mean the same thing. The chickens are free to go wherever they want. Inside the chicken house.” When birds are given outdoor access, it’s often for very short periods of time, and the outdoor area often just consists of a hole cut in the shed wall leading to a small, muddy enclosure.

Cage-free farms are an improvement over the unmitigated hell of the regular egg industry (just imagine a cat or dog living in a tiny cage for two years with five to six other cats or dogs and never leaving that cage until it’s time for slaughter). But buying cage-free eggs from virtually any company still supports massive suffering and death.

This meaningless “certification” still permitted all the worst abuses, including allowing factory farmers to cut off hens’ sensitive beaks with a hot blade, cram six or seven hens into tiny battery cages where they can’t spread even one wing, and house them in filthy sheds with more than 100, 000 other birds.