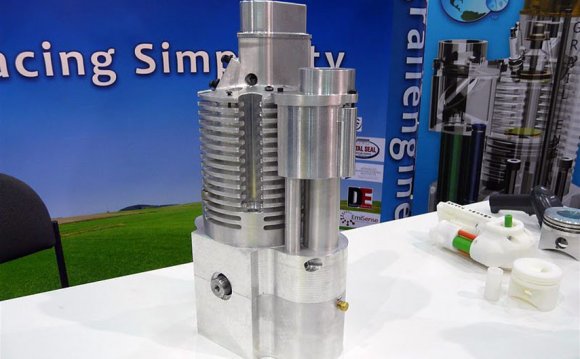 In combustion engines the inner energy set free by combustion ( e.g. of gasioline or Diesel fuel ) is changed partly into mechanical energy. There are several varieties of combustion engine. The most common is the four-stroke Otto Engine, which was invented by the German merchant and engineer Nikolaus August Otto in 1876.

The working mechanism of the four-stroke Otto-Cycle:

The engine's cylinder has got two valves, the Intake valve I and the Exhaust valve E, which are opened and closed by a mechanism (camshaft - not shown here). A crank moves the piston in the cylinder bymeans of a "connecting rod".

The operation of the engine is divided into 4 parts, which are called strokes:

1st stroke (Intake):
The piston sucks in the fuel-air-mixture from the carburetor into the cylinder.

3rd stroke (Combustion):
The spark from the spark plug inflames the mixture. The following explosion presses the piston to the bottom, the gas is operating on the piston.

4th stroke (Exhaust):
The piston presses the exhaust out of the cylinder.

By means of a crank shaft the motion up and down is converted into a rotational motion. Within two rotations of the crank the engine is operating only during a semirotation. Several cylinders are used. They operate in turn, so that the engine runs evenly. In cars mostly 4-cylinder engines are installed (or also 6-cylinder engines).