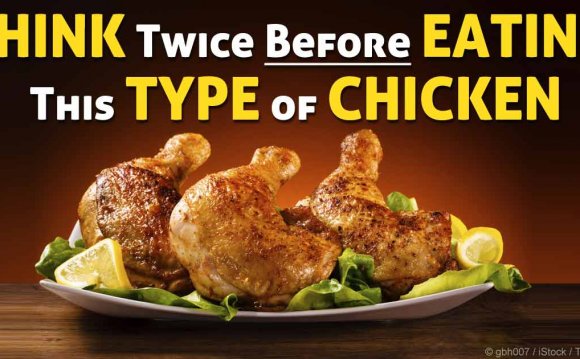 Article I of Indiana’s constitution begins in the usual way, spelling out the familiar rights to life, liberty, and the pursuit of happiness. In November, Indiana voters may be asked to decide whether to add one more to the list: the right “to engage in the agricultural or commercial production of meat, fish, poultry, or dairy products.”

When Republicans in the state legislature introduced a bill in 2011 to start the process of amending the constitution, many people regarded it as a joke. The senate minority leader mockingly tried to tack on a constitutional right to garden; a local political columnist called the amendment a “circus-like sideshow.” The bill’s sponsors said it was a way to keep non-farmers, including national animal rights groups, from meddling in the state’s rural interests—an update on the right-to-farm laws that protect farmers in all 50 states from being sued by people who move to rural areas from cities and then sue their new neighbors over the smell.

But the amendment could also help shield large industrial dairies, feedlots, and slaughterhouses from environmental and food safety regulations—and curb lawsuits from people who get sick from the rivers of noxious animal waste they produce. “All the safeguards that we already have would be subject to constitutional challenge, ” says Kim Ferraro, an attorney with the Hoosier Environmental Council. “You can’t limit an activity if it’s a fundamental right.”

Indiana is one of several states that have moved to change their constitutions to favor agricultural operations. In 2012, North Dakota became the first to enshrine a broad right to engage in “modern farming practices.” The same phrase popped up in a proposed Oklahoma amendment that has been tabled until the next legislative session. In Missouri, the word “modern” was dropped from the most recent version of the amendment due to concerns that it appeared too narrowly aimed at benefiting industrial farms. Instead, the legislature has asked voters to decide this year whether “the right of farmers and ranchers to engage in farming and ranching practices shall be forever guaranteed in this state.”

Supporters in all three states have promoted the amendments as necessary to protect farmers from “out-of-state special interests, ” in the phrasing of the pro-amendment group Missouri Farmers Care. One of those special interests is the Humane Society of the United States, which sought to regulate puppy mills in the state. “We’ve seen an increase in efforts by what we would call activist organizations throughout the country and in Missouri to try to impose unreasonable and unnecessary restrictions on agriculture, ” says Leslie Holloway, director of state and local governmental affairs for the Missouri Farm Bureau. “We’re taking the approach of trying to be proactive.”

Indiana’s legislators took a somewhat stealthier approach, downplaying the benefits to commercial agriculture and naming their version the Indiana Right to Hunt and Fish Amendment. Both houses had already approved the bill once (they must do so twice to get it on the ballot in November) before many environmental groups realized what had happened. “It just slipped right past us, ” Ferraro says.

Much of the drive behind the amendments has come from big corporations. Members of Missouri Farmers Care include Cargill—one of the nation’s largest processors of beef, pork, and turkey—and (MON), as well as a long list of state agricultural industry associations. Some of them have been pressing for farm protections for years. In 1996, the American Legislative Exchange Council, or ALEC, a group that brings together corporations and state lawmakers to write pro-business bills, came up with model legislation that would expand existing right-to-farm laws to grant wide-ranging legal rights to farms of all sizes. ALEC’s bill, intended as a template for state politicians, voided local farm ordinances and made it harder to lodge complaints about animal mistreatment, pollution, and noise. Supporters and opponents of the amendments see them as the evolution of those efforts, taking farm protection, for better or worse, to the next level.

Peverill Squire, a University of Missouri political scientist who studies state constitutions, says the proposed amendments are rooted in concerns that the growing movement to reform industrial agriculture will mean trouble for farmers—that urbanites will try to restrict what methods or chemicals they can use or dictate how they house animals or deal with their waste. In several Indiana counties, activists are working to ban CAFOs—concentrated animal feeding operations. The U.S. Environmental Protection Agency defines CAFOs as businesses that “congregate animals, feed, manure and urine, dead animals, and production operations on a small land area.” Going after puppy mills “may be one thing, but when people start talking about cattle and the treatment of pigs, that gives them greater worry, ” Squire says. “They want to strike first, in essence, and prevent any of that concern from taking root.”

When a dairy operation moved next door to Eric and Lisa Stickdorn’s farm in Wayne County, Ind., in 2003, the couple couldn’t believe the stench. At first, “We’d grit our teeth and say, ‘We’re going to stay here, ’ ” says Eric, who raises grass-fed beef on 120 acres. “We’re farmers, too. We’re not unaccustomed to manure odors.” But the open manure pit near their house was more than they could take. They say the dairy workers would sometimes dump animal waste onto frozen fields, turning the water in the stream that ran across their property into a foaming sludge. Their well water smelled of manure. They started experiencing headaches, nausea, and vomiting, which their doctor attributed to exposure to hydrogen sulfide gas given off by the waste pits.

They moved out of their house and turned to the Indiana Department of Environmental Management and Office of Environment Adjudication for help, to no avail. Finally they sued the dairy to change the way it disposed of animal waste and won on appeal. Faced with the need to change their operations, the dairy owners offered to sell their land to the Stickdorns, who bought it and moved back home last July, after nine years away. Eric Stickdorn says he fears that if the amendment passes, people who live next to agricultural pollution will have even fewer options for recourse. “We’re treating these facilities as if they’re farms, ” says Ferraro, who represented the Stickdorns in court, “when really they’re factories.”

The Reality of Factory Farming (If you buy it, you $upport ...

Animal issues, the impact of factory farming on the ...