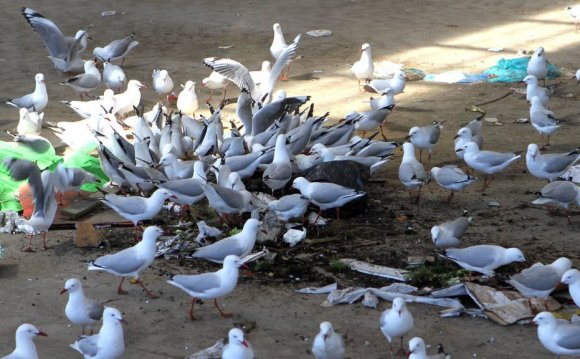 I always picture a group of Thunderbirds rolling up the sleeves of their blue suede sweaters and throwing darts at new record attendance numbers to announce annually.

Because right on cue, they set new records again at the 2016 Waste Management Open. Mitzvah!

Brian Wacker's tweet of the media center attendance board:

Though I'm with reader Chris, who noted that extra three just looks a little too perfectly imperfect:

This noted, the Thunderbirds should also be praised for their ticket pricing, which encourages large crowds on a course that is pretty easy for spectators to actually see golf without working too hard.

At the recently played Farmers Insurance Open, the admission price is $50, with the course closed to the public on Monday and Tuesday. The $50 price might explain the ghost town vibe there this year on Thursday.

At the upcoming Northern Trust Open, the pricing is both higher and harder to comprehend.

Update on Sunday, February 7, 2016 at 08:02 AM by and talked to a skeptic who probably would cut the numbers almost in half.

For its estimates, the Phoenix Open uses 3.2 people per car. "That seems awfully high, " Doig said. "Americans just don't do that. I'm sure there are cars with four people, but I suspect lots of them have one or two. I could probably live with two per car."