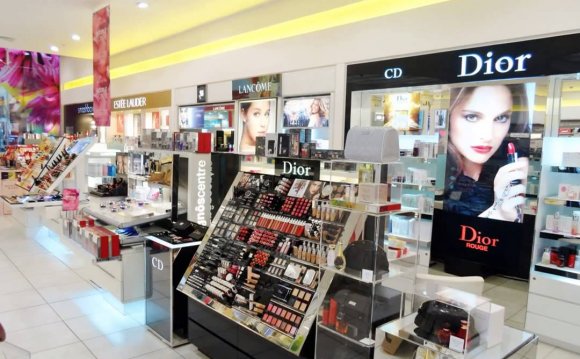 With the bright lights of Las Vegas reflecting in his rearview mirror, Keith Ferguson listened to his wife, Cheryl, who was convincing him to finally start his own business. “Why don’t you do it? Just do it, ” he remembers her saying. “If it doesn’t work out in 6-8 months, then you can just go back to working for someone else.”

Keith never had dreams of building a career in handling other people’s trash. “It started off really as a summer job while I was going to school […] the company at the time was called USBCI. They had just started in 1979 or 1980, somewhere in that area, and I got a summer job with them.” He planned on becoming a basketball coach after college, but the daily variety in his waste disposal job kept him there even after he had his degree in hand.

“It was just fun and different back then, ” he says, “I traveled all over the country, just getting to meet different people, working in different states, seeing different parts of the country. Every day is not the same when you’re dealing with hazardous waste or waste in general. Every job is different; there are no two jobs that are alike.”

When Keith and Cheryl decided to branch out on their own in 1995, it was an exciting time. Keith’s former employer had gotten big enough that they had started losing touch with their customers. The salesperson who built the relationship with you in the beginning would make the sale, and then pass you off to a retention manager, and it was easy to slip through the cracks or simply become a monthly paycheck.

This would ultimately be the advantage Keith had, and still has, in running a smaller operation: relationships mean more to the owner and the customer. His new customers were ready for the change. “Most of them said, ‘Hey, we’re glad you did. You’re the one that makes the call now and we know who we’re dealing with. Our money’s not going to some major corporation or something like that.’ And a lot of them said, ‘What took you so long?'”

Chuck Herb never planned on owning a waste management company either. He always wanted to run his own business, but didn’t develop a passion for waste management until he spent 15 years doing it for someone else. In 1999, he and a business partner launched Sunshine Recycling Inc., a dumpster rental and waste hauling company in both Orlando and Jacksonville, Fla. He now also owns AYD (At Your Disposal) Waste Services in Austin, Texas. “My family was so excited the first year [that] we made a dumpster truck our Christmas card.”

The waste management industry in America is massive. Residential trash and garbage, or Municipal Solid Waste (MSW), which amounts to roughly 251 million tons each year, accounts for over half of all non-hazardous waste collected in the U.S. The second largest group, Industrial Waste (referring to the materials that result from the production of goods and services), contributes around 45 percent of the country’s non-hazardous waste, pushing the $52-billion industry total to nearly half a billion tons of waste each year. To bring those numbers a little closer to home, the EPA estimates that the average American generates 4.38 pounds of trash every day.

Consider for a moment how much of what you touch each day ends up in the trash or recycling bin. The cup from your morning latte. Leftover food. Plastic packaging on new electronics. That box from your latest Amazon order. Dirty diapers. The list goes on and on, and that’s just on the MSW side. Drive through your town and take a mental note of every business and every back alley dumpster.

It doesn’t stop there either. When the waste decomposes, it releases a precious commodity: natural gas that can be piped back to your city’s utility provider to power your home’s electricity, and one day, maybe even your car.

While our nation’s waste disposal industry is dominated by the big national players like Waste Management, there are plenty of smaller businesses across the country who are involved in the process of keeping your trash out of sight and out of mind. The Bureau of Labor Statistics reports that as of last year, there were over 26, 000 establishments in the private sector “engaged in the collection, treatment, and disposal of waste materials.” That’s a number that has been growing on average 2.5 percent every year since the new millennium.

However, that growth rate paints a pretty picture that doesn’t exactly tell the full story. When the economy slowed to a crawl in 2008, businesses everywhere were hit hard. As they failed to overcome the economic hurdles, the domino effect toppled down to commercial waste management companies. No businesses, no trash. In the waste management sector, unemployment in 2009 and 2010 hit 10.5 and 11 percent, respectively—double what it was in 2008, and triple what it was in 2005.

When asked to name a time when his business struggled the most, Keith Ferguson quickly points to the economic recession. “When everything was down, we didn’t lay anybody off. I should have, but we didn’t, and it cost us a lot of money.” Keith and Cheryl put all of their money back into the business to keep it floating. “We had good employees and I didn’t want to have to let them go, so I took a huge hit during that time to keep people on.” It may have been a tough choice, but the decision was ultimately worth it. “I look at it this way: I have 25 people who work for me, but you add on spouses and kids and stuff and you have a lot of people depending on you, ” Keith says.

“All my employees are like family, and we watch out for each other and help each other out when we can, even on the weekends and stuff like that when we’re not working. It’s not like a huge corporation where you’re just a number on a payroll slip.”

The economic challenges of 2008 impacted Chuck Herb in Florida as well, but overcoming them was something of a milestone for his company. “When the economy went south, a lot in construction just stopped. There was a big hold in the building industry which affected my business, but I was able to reorganize and keep my business afloat until the economy recovered.” Things aren’t back to normal yet, but the unemployment rate has dropped below seven percent, and they are picking back up. “The construction industry still experiences seasonal lulls when there aren’t as many projects, but we survived and now we’re busy year-round, ” Chuck affirms.

Aside from the economic challenges over the last six years, the landscape of waste management has been steadily changing for the last 40 to 50 years. Since the late ’60s and early ’70s, there has been growing concern about the environmental impact of our culture of waste. That concern has resulted in a variety of successful attempts to raise national awareness of how to be better stewards of our planet by reducing the amount of non-biodegradable items we’re sending to landfills.

Earth Day was established in 1970, the “Reduce, Reuse, Recycle” campaign began in the ’80s, and who can forget Captain Planet and the Planeteers in the ’90s?

The movement continues, with more conscientious consumers taking note of a company’s carbon footprint, and supporting brands that exhibit a concerted effort to “being green.” Entire cities, like San Francisco and Austin have committed to generating “Zero Waste, ” reducing their landfill waste to 10 percent or less within the next 6-20 years.

UKTI - Business Opportunities for UK companies in the ...