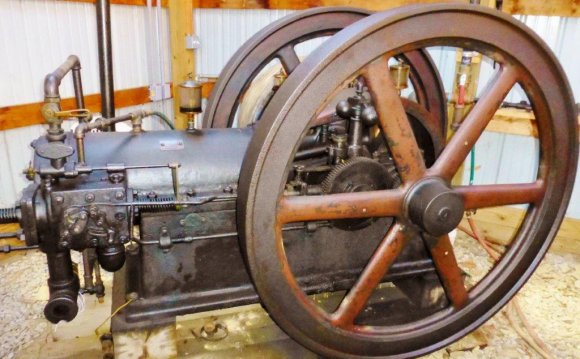 The first—or was it?

How many others have succeeded, but failed? It seems that history has more holes than a wheel of Swiss cheese. I discovered the Petrol-Cycle on the front page of the February 14, 1891 edition of the Scientific American. Invented by Edward Butler of Greenwich, England, this three-wheeled fore-car had an elegant 650cc twin-cylinder, four-stroke, water-cooled engine with electric spark ignition. Years ahead of DeDion and Boulton, the Petrol-Cycle made Gottleib Daimler’s Reitwagen look like something from the medieval period. Regardless, pick up any reference book on the history of motorcycles and you won’t find it mentioned.

Built in 1888 by the Merryweather Fire Engine Company in Greenwich, England, the Petrol-Cycle was driven by a 5/8 hp engine with a magneto ignition (later replaced by a coil and battery) and could attain a speed of 10 mph. It had Ackermann steering, rotary valves, and a float-fed carburetor—five years before Wilhelm Maybach invented his spray carburetor in 1893. The liquid-cooled engine had a water reservoir that doubled as a rear fender (an idea adopted by Hilderbrand & Wolfmuller in 1894) and the engine was started using compressed air.

Being ahead of your time isn’t always a good thing. The problem with Bulter’s creation wasn’t mechanical, but political. The English Red Flag Act (Locomotives On Highways Act) of 1865 limited all self-propelled vehicles to a speed limit of 2 mph in towns and 4 mph in rural areas. In addition, it required three people to attend to the vehicle, one of which had to walk in advance of the vehicle waving a red flag to warn people of its approach. In the 1890 issue of The English Mechanic, he wrote, “The authorities do not countenance its use on the roads, and I have abandoned in consequence any further development of it.” In 1896 he broke the Petrol-Cycle up for scrap and sold his patents to Harry Lawson, who manufactured the engine for marine use. Ironically, the Red Flag Act was repealed that very year.

First in history. A engine valve that can recapture wasted ...

TOMz S3 E17 - The history of the motor vehicle engine