Farm animals and their products 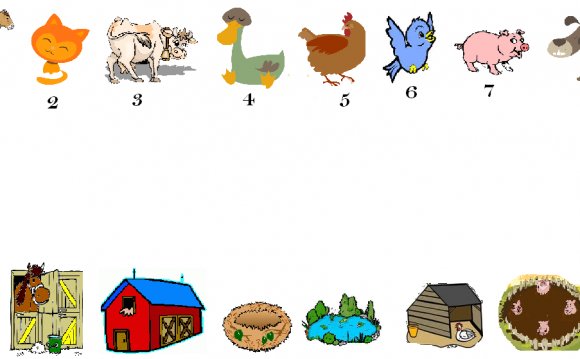 Part 1: Why Do We Raise Animals For Food and Products?

Livestock animals (Cattle, Horses, Chickens, Turkeys, Pigs, Sheep, etc.) have been a huge part of human existence since the beginning of our civilization. Humans have used animals for meat, milk, eggs, labor, and clothing for thousands of years. Millions of people around the globe take care of livestock every day! (See video below)

But do we really need animal agriculture? Must innocent animals lose their lives for human benefit? Why can’t we just rely on fruits, veggies, and grains to feed and clothe the masses? Here are 10 reasons why animal agriculture exists and why it is ethical.

1. Animal Products are the Reason Most Livestock Animals are Born

The fact that humans eat and use animal products is the main reason most livestock animals are alive in the first place, even though in certain cases the process theoretically ends their lives as well. If you believe animals like cows, pigs, chickens, or sheep deserve a chance at life, you must believe in the use of animals for humans, because without us, 95% of these animals would never be born in the first place. Farmers help bring these animals into this world and give their lives meaning and purpose as they leave it (food and products). The only question that remains is whether or not the quality of life for these animals is worth them being born in the first place, which will be addressed in the subsequent “animal welfare” blogs found on the home page of our blog.

Meat, milk, eggs, and thousands of other food products come from animals. Animal products are found in a vast amount of foods consumed today. Furthermore, animal by-products are used extensively in almost every walk of life. While you may be able to avoid eating animal products, it is nearly impossible to avoid using animal by-products. The infrastructure of the livestock industry has allowed for thousands of these products to be made affordably, efficiently, and sustainably.

If we did away with livestock products, we would have to reinvent the infrastructure of our food supply and product supply, which would prove to be extremely costly. Thousands of farmers would have their current farming methods they have developed over centuries taken from them. Technology is what has allowed 1 farmer to feed 155 people today instead of 27 people in 1950. Livestock technology is a huge part of that. If we were to abandon animal agriculture, we would see a drastic decrease in food production and an drastic increase in food prices. This would be taking us in the opposite direction of producing enough food to feed a growing population.

3. Millions of Grassland Acres Would Go to Waste Without Livestock

Millions of acres of land are not suitable for crop production (due to slope of terrain, soil type, rainfall, etc.) and are therefore grazed by livestock animals. In fact over 13 million square miles are grazed by livestock animals around the world. These animals help maintain the ecosystem of these grass acres and convert the grass into food for humans. If we took those livestock animals away, the millions of acres of grassland would become unproductive instead of providing billions of pounds of food each year. If our goal is to feed 9 billion people by 2050, this would be a huge step backward in reaching that goal.

Even if sanctuaries were built for large numbers of animals, only a small percentage of the amount we have today would exist.

Without fertilizer, farmers of all types could not grow half as much food as they do. While there are synthetic fertilizers available for farmers to use, many farmers, especially organic farmers, rely on manure from animals to fertilize their crops. Putting nutrients back into the soil through spreading of manure is one of the most natural ways to grow food without depleting the soil and the environment!

While it is entirely possible to consume a diet free of livestock products, it can be quite difficult. Many people in this world do not have the extra money, time, or discipline to spend avoiding products from animals. Meat, dairy and eggs contain essential nutrients such as protein, calcium, potassium, B vitamins (niacin, thiamin, riboflavin, and B6), vitamin E, iron, zinc and magnesium. Again, the infrastructure of livestock production has allowed for these products to be low in cost and easily accessed.

If animal agriculture did not exist, millions of people would have to find a job doing something else. This includes jobs in animal production, processing, sales, nutrition, and health. As many know, finding a job can be a struggle no matter what industry you are a part of. Livestock farmers and ranchers have developed and passed down skills and talents over hundreds of years learning how to take care of livestock animals. Colleges and universities around the world have trained thousands of people in different areas of livestock production (see below). Abandoning all of that would be a waste of time and resources and would leave many searching for a job, possessing skills that are no longer needed.

8. The Livestock Industry is a Huge Part of the Economy

The livestock industry provides massive economic benefits to many different countries around the world. In the United States, the numbers are as follows:

if you are happy and you know it animal song farm animals ...