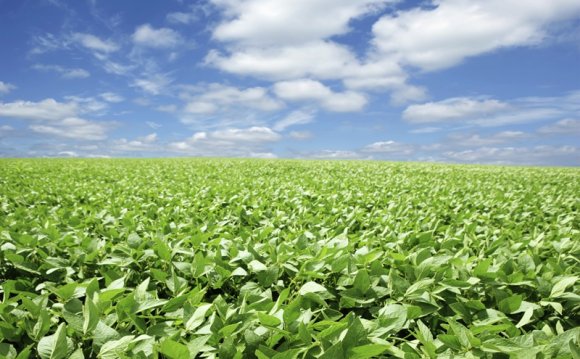 Washington, D.C.—Since 2000, more than 36 million hectares—an area about the size of Japan—has been purchased or leased by foreign entities, mostly for agricultural use. Today, nearly 15 million hectares more is under negotiation (www.worldwatch.org).

“Farmland is lost or degraded on every continent, while ‘land grabbing’—the purchase or lease of agricultural land by foreign interests—has emerged as a threat to food security in several countries, ” writes Gary Gardner, contributing author of the Worldwatch Institute’s State of the World 2015: Confronting Hidden Threats to Sustainability.

About half of grabbed land is intended exclusively for use in agriculture, while another 25 percent is intended for a mix of agricultural and other uses. (The land that is not used for agriculture is often used for forestry.) Land grabbing has surged since 2005 in response to a food price crisis and the growing demand for biofuels in the United States and the European Union. Droughts in the United States, Argentina, and Australia, has further driven interest in land overseas.

“Today, the FAO reports that essentially no additional suitable [agricultural] land remains in a belt around much of the middle of the planet, ” writes Gardner. As a result, the largest grabbers of land are often countries that need additional resources to meet growing demands.

Over half of the global grabbed land is in Africa, especially in water-rich countries like the Congo. Asia comes second, contributing over 6 million hectares, mainly from Indonesia. The largest area acquired from a single country is in Papua New Guinea, with nearly 4 million hectares (over 8 percent of the country’s total land cover) sold or leased out.

Land grabbing is precipitated by the growing challenges shaking the foundation of food production: the water, land, and climate that make crop growth possible. Globally, some 20 percent of aquifers are being pumped faster than they are recharged by rainfall, stressing many key food-producing areas. Land is becoming degraded through erosion and salinization or is getting paved for development. The changing climate is projected to cause a net decline of 0.2–2 percent in crop yields per decade over the remainder of the century, according to the Intergovernmental Panel on Climate Change.

The dangers of land grabbing are evident. Large-scale purchases often do not consider the interests of smallholders who may have been working the land over a long period. Additionally, the transfer of resources from poorer countries to wealthier ones increases the vulnerability of the target countries that surrender their own access to land and water resources to foreign investors and governments.

“As demand for agricultural goods increases, and as our planet’s water and fertile land become more scarce and its atmosphere less stable, greater effort will be needed to conserve resources and to exploit opportunities for greater efficiency throughout the agricultural system, ” writes Gardner.

By preventing food waste, increasing water efficiency, conserving agricultural land, and decreasing production of meat and biofuels (both of which require large quantities of land and water for grain or crops), Gardner believes that the stress on food systems can be reduced. In addition, the international adoption of the right to food, already integrated in the constitutions of 28 countries, will ensure that food cannot be withheld for political reasons.