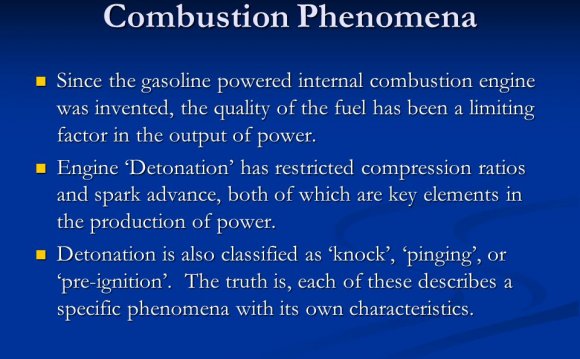 Direct fuel injection is a technique that allows gasoline and diesel engines to burn less fuel. Direct injection means injecting fuel, under high pressure, directly into the engine's cylinders rather than somewhere before the intake valve, which is the approach used in the majority of current gasoline engines (Leonhard, 2008). The direct injection process gives precise control over the timing and the amount of fuel which is injected. This precise control allows the motor management system to only inject relative large amounts of fuel when this is required, for example to accelerate the vehicle.

Under normal driving conditions three different combustion phases can be distinguished, each of which is characterized by the air to fuel ratio and the power demand.

- ultra lean burn mode characterized by air to fuel ratios up to 25 : 1

- stoichiometric mode characterized by an air to fuel ratio of 15:1 for gasoline powered vehicles.

Under low power demand conditions, such as under constant speed cruising conditions, the fuel/air mixture in direct injection engines are much leaner than in conventional engines which reduces the fuel consumption considerably.