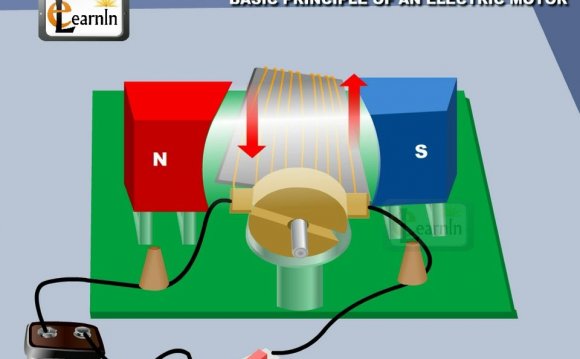 Structure and Principle of Engines
We have used thermal engines widely since they invented in the 17th century. There are many kinds of the engine, and they are used in our life. In this session, the structure, the principle and the characteristics of the thermal engines and the power source are pesented.

The reciprocating steam engine is the first engine which was reached practical use. This engine obtains a mechanical power using static pressure of the steam. After the Industrial Revolution, it had been used as the power sources for industrys and transportations while a long time. But it is replaced by internal combustion engines, and not used nowadays.
Generally, the steam engine consists of a boiler, a heater, a piston, a cylinder, condenser and a water pump as shown in a right figure. An intake and an exhaust valve are located on the top of the cylinder.

The Stirling engine consists of two pistons as shown in a right figure. It is a closed cycle external combustion engine which uses the working gas repeatedly without any valve. A memorable characteristic of this engine is that a regenerator is adopted in order to obtain a high efficiency. In those days invented the engine, this had been called 'Hot air engine' together with an Ericsson engine described bellow. After many developments, the Stirling engines in the present come to get a high power and a high efficiency by using high pressure helium or hydrogen as the working gas. But this engine has not reached practical use yet, because it has several problems such as a heavy weight and a high production cost.

J. Ericsson developed several engines by reforming the Stirling engine (called the hot air engine in these days). One of them is called the Ericsson engine nowadays. It is an opened cycle external combustion engine with two valves at a supply cylinder and power cylinder as shown in a right figure. Also, most of the engines invented by J. Ericsoon were used the regenerator.

Nowadays, the gasoline engine (spark ignition engine) is used widely as the power source of automobiles. As the principle of this engine, a mixture gas of the fuel and the air is compressed in the cylinder at the first. And the gas explodes by use of an ignition plug, and generates the output power. As good characteristics of the engine, it can be realized a smaller and light weight engine, and has a possibility of the high engine speed and high power. Also, the maintenance of the engine is very simple.

The steam turbine has rotating blades instead of the piston and the cylinder of the reciprocating steam engine. This engine is used as the power source in the thermal and nuclear power plants. The steam turbine utilizes dynamic pressure of the steam, and converts a thermal energy to a mechanical energy, though the reciprocating steam engine utilizes the static pressure of the steam. The both engines use the energy that is obtained at the expansion of the steam.

The Diesel engine (compression ignition engine) is the internal combustion engine as well as the gasoline engine, and used widely as the power source of the ship and the automobile. As the principle of this engine, the air is entered in the cylinder, and it is compressed adiabatically to a high temperature at the first. When the mists of the fuel are jetted into the high temperature cylinder, it combusts automatically, and the engine obtains the output power. It can get the higher efficiency than that of the gasoline engine for a high compression ratio. Also this engine has economical advantage because it can use inexpensive light oil and heavy oil as the fuel. However it may have the problems such as large vibrations and noises, and increase of the engine weight for the high pressure in the cylinder.

As the principle of the gas turbine, a working gas (air) is compressed by a compressor and heated by a combustion energy of the fuel at the first. The working gas becomes the high temperature and high pressure. The engine converts the energy of working gas into the rotating energy of the blades, making use of the interaction between the gas and the blades.
As shown in the below figure, there are two types of the gas turbine. One is the open cycle type (internal type), and another is the closed cycle type (external type). Basic components of both types are the air compressor, a combustor and the turbine.
The gas turbine can handle a larger gas flow than that of the reciprocating internal combustion engines, because it utilizes a continued combustion. Then the gas turbine is suitable as the high power engine. The gas turbine for airplanes (called a jet engine) makes use of this advantage.

Above thermal engines change the energy of the fuel to the mechanical power by way of thermal energy. On the other hand, the fuel cell changes the chemical energy of the fuel to the electric energy directly.
The fuel cell consists of the anode and the cathode which are separated by an electrolyte layer. When the fuel is supplyed to the anode, and the oxidizer is supplyed to the cathode, it generates the electric energy.

Working principle of a jet engine