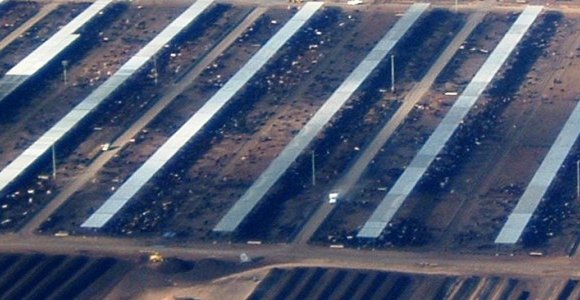 If Old MacDonald had a farm, that farm no longer exists. It was purchased by a corporation. A few corporations in America have managed to buy nearly every family farm across the nation. In 1930, there were 7 million farms. Today, there are fewer than 2 million, and only 25% of those remaining are family-run operations. Each week, it’s estimated that 330 farms close their doors forever. Fewer hands now hold more control over our food production and our environment than ever before.[1]

Why does it matter?

The system is rigged. A small handful of large corporations are involved in all aspects of the food industry – the growing and raising of vegetables and animals, processing of food products, and the selling of those goods. These monopolies not only hurt the communities where family-owned farms are struggling to thrive, but they control the price that everyone pays (literally and figuratively), affecting the economic well-being and health of families and communities across the country. [2]

The effects of large corporations operating in rural communities have devastating consequences for the health of the land and the communities that are established nearby.[3] Factory farming is part of an unsustainable system whereby corporations seek profits, regardless of harms. For over 200 years, the laws in America have been tailored for just that: the expansion and protection of corporate profits, at the cost of our communities.

In America, there is a contradiction in the way we treat animals. We value and cherish our pets, enjoy encounters with wildlife and overwhelmingly agree that cruelty to animals is wrong. However, under the current animal cruelty laws in most states, if we treated our family pets the same way that factory farm animals are treated, it would be considered a felony.

Animals raised by factory farms are in habitats so unnatural that the government doesn’t even consider the facilities to be farms. They are called “Animal Feeding Operations” or AFOs. These factories are defined by the EPA as “agricultural enterprises where animals are kept and raised in confined situations. AFOs congregate animals, feed, manure and urine, dead animals, and production operations on a small land area. Feed is brought to the animals rather than the animals grazing or otherwise seeking feed in pastures, fields, or on rangeland.” And, according to the EPA, there are approximately 450, 000 AFOs in the United States.[4] 450, 000 facilities that employ inhumane tactics such as confinement and mutilation to produce meat, eggs and dairy for as much profit as possible.

Corporations tell us the tactics they employ are necessary to keep up with food demand. But in reality, these claims are easily disproven when you examine the yields of the factory farming system.

An example is American dairy production. Dairy farms have concentrated more and more cows into warehouse-like conditions, closing 50, 000 family-run dairy farms between 1997 and 2007. Yet milk production levels remain the same. Similar to the dairy industry, the pork industry has become just as concentrated, but raises the same number of hogs today as were raised in 1950.

Each year, 10 billion animals are raised for food, far exceeding the total population of people on earth.[2] A single dairy cow produces 80 pounds of waste each day. The manure from a dairy with 200 cows produces as much nitrogen as the sewage from a community of 5, 000 to 10, 000 people. In fact, the U.S. Department of Agriculture estimates that factory farms produce over 450 million tons of manure each year – three times the waste produced by the human population in America.[5] The compound effect of this kind of waste alone is more than the environment can manage.

Lagoon is too nice a word for a manure pit

One of the common components of any factory farm is a “lagoon” for storing animal waste. These reservoirs of liquid manure not only create an offensive odor, but are vulnerable when flooding occurs, sending animal waste into rivers, harming ecosystems and threatening nearby communities.

In the aftermath of Hurricane Floyd in 1999, 25 million gallons of hog waste contaminated the New River in Onslow County, North Carolina, flooding roads and fields in knee-deep pig sewage, devastating river life and affecting ocean shellfish for hundreds of miles up and down the Atlantic coast. Even worse, when given the opportunity to pass a bill that would give farms incentive to dispose of waste in a more environmental-friendly fashion, the General Assembly in North Carolina (the second leading hog producing state in the US)[11] failed to approve it.[12]

Something in the water

Animal waste that comes from factory farms contains disease-causing pathogens such as salmonella, e. coli Cryptosporidium, and fecal coliform.[6] All these components are a normal part of fecal matter, but not a normal part of drinking water. A dairy factory farm in Milwaukee is believed to have caused the disastrous contamination in 1993 after the pathogen permeated the water supply, sickening 400, 000 people, killing 100, and resulting in 37 million dollars in lost wages and productivity.

Factory farming is extremely inefficient and is a heavy tax on Earth’s dwindling fossil fuels. Each year, it’s estimated that 41 million metric tons of CO2 are released through the burning of fossil fuels to produce fertilizers for animal feed crops.[7] The average transport from farm to market is 1, 500 miles, using even more fossil fuels and furthering carbon emissions into the atmosphere. Factory farming is not only bad for the environment that we all share, but it’s bad for the health of local communities in countless ways.

Not a good next door neighbor

Evidence suggests that living near a factory farm decreases basic quality of life.[8] Strong odors force residents to keep their windows closed and stay in their homes constantly, depriving them of spending time outdoors. To make matters worse, the odor isn’t only offensive; it’s harmful. The odors emitted from factory farms, especially hog farms, contain hydrogen sulfide, a gas that can cause flu-like symptoms in humans and has even been linked to brain damage. A 2003 survey given to a group of rural Iowans reported that after living near a pig farm, they would rather be neighboring a prison, landfill or sewage treatment plant instead.[8] Emerging studies are showing that people next to factory farms are at higher risk for respiratory problems, neurobehavioral disorders, and mental illnesses. In one study, residents outside of a large hog farm reported high instances of headaches, running noses, diarrhea, coughing, sore throat and burning eyes.

Housing so many animals in such close quarters requires strong antibiotics to manage potential disease. Additionally, antibiotics are given to animals to make them grow faster, resulting in more “product” in a shorter time period. The problem is that these antibiotics are being passed on to the population through consumption and animal waste, contributing to antibiotic resistance that results in 2 million infections each year.[9] According to the National Academy of Sciences, “For the United States as a whole, the American Society for Microbiology estimated in 1995 that health care costs associated with treatment of resistant infections amounted to more than $4 billion annually. And this figure significantly underestimates the actual cost of resistance, since it includes only direct healthcare costs and excludes an array of other costs, such as lost lives and lost workdays.” [10]