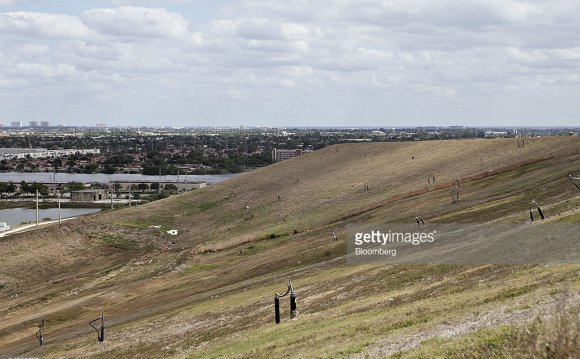 Waste Management Inc., the country’s largest collector and processor of waste, is looking to de-risk its portfolio as it still waits to see a payoff from its substantial investment in new biofuel and other technologies that it made over the past several years.

In the past 12-18 months, the company has exited some of its 25 or so investments dating back to 2007, according to Bill Caesar, president of WM Organic Growth, a unit of Waste Management tasked with finding technologies to back outside the company.

The Houston-based company, which has a $21 billion market capitalization, is now looking to invest in commercial-stage rather than venture-stage technologies, although there aren’t many options out there, according to Mr. Caesar, who is also president of WM Recycle America, another Waste Management subsidiary.

“You see some evolution in our investing. All things being equal I would rather invest in an operating entity than in a very early stage technology. I’d rather not have all that risk, ” Mr. Caesar said.

In 2012, its chief executive, David Steiner, told VentureWire the company had invested between $300 million and $400 million into the portfolio. The company often put money into startups directly.

“The initial thinking was that you wouldn’t get to something that was commercial scale if you didn’t invest in the parent, ” Mr. Caesar said.

That was an unusual move in the waste industry. The company’s closest competitor, Republic Services Inc., doesn’t appear to have made any meaningful investments in startups.

Waste Management is still waiting for a payoff on its investment. Three companies backed by Waste Management– Enerkem Inc., Genomatica Inc. and Fulcrum Bioenergy Inc. — tried to go public but pulled their IPOs.

Several biofuels and biochemicals startups over the past few years ran into technical difficulties ramping up their production facilities. At the same time the general markets changed. The lower price of natural gas, for example, made conversion of waste into electricity a more difficult proposition economically, because the process competed with cheaper alternatives, according to Mr. Caesar.

Mr. Caesar said that several projects created by its portfolio companies might become commercial in 2014. The companies that are closest to commercialization are Enerkem and Agilyx Corp ., he said. Recycle Rewards Inc. is also a venture-backed company that’s producing revenue, he said.

“We are managing the portfolio that we have. We have continued to make investments in a number of the companies that we initially invested in two or three years ago, ” Mr. Caesar said.

He also said that the company has made a new investment in a technology company in the past 12 months, although he wouldn’t name the company or say exactly when the deal took place.

“There are lots of people who like to use strategic investors as a sign of legitimacy, ” said Mr. Caesar. He added that he dislikes Waste Management’s role being used like that.

Even as Waste Management continues to eye new technologies, it also divested some of its holdings, including exiting Agnion Energy in 2013. Entrade Group said in May that it agreed to acquire all shares of Agnion from Waste Management, Kleiner Perkins, Munich Venture Partners and Wellington Partners, which had previously invested €35 million into the company. Agnion worked on producing electricity out of solid biomass.