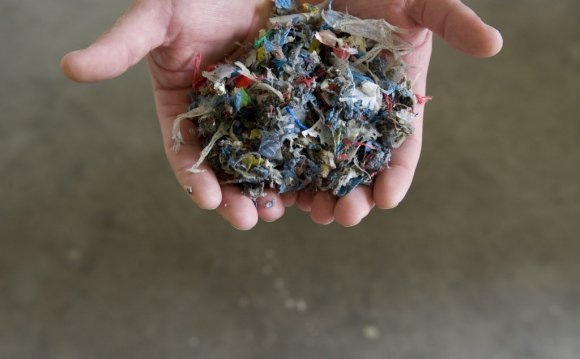 Solid waste — the stuff we send down our chutes, discard at work and put on the curb every week — is a striking by-product of civilization. The average person in the United States throws away their body weight in rubbish every month. When waste management works well, we give it little thought: out of sight and, usually, quickly out of mind. Discarded materials are collected, some are recycled or composted, and most are landfilled or incinerated. But the global view is troubling.

In the past century, as the world's population has grown and become more urban and affluent, waste production has risen tenfold. By 2025 it will double again. Rubbish is being generated faster than other environmental pollutants, including greenhouse gases. Plastic clogs the world's oceans and rivers, causing flooding in developing-world cities. Solid-waste management is one of the greatest costs to municipal budgets.

The waste problem is acute in emerging cities. Landfills such as Laogang in Shanghai, China; Sudokwon in Seoul; the now-full Jardim Gramacho in Rio de Janeiro, Brazil; and Bordo Poniente in Mexico City vie for the title of the world's largest. Each typically receives more than 10, 000 tonnes of waste per day. Rapidly developing cities such as Shenzhen in China are adding to the world's 2, 000-plus inventory of waste incinerators. With the largest able to process more than 5, 000 tonnes per day, concerns over ash disposal, air pollution and costs are rising too.

As city dwellers become richer, the amount of waste they produce reaches a limit. Wealthy societies tend to curb their waste. So as living standards around the world rise and urban populations stabilize, global solid-waste generation will peak.

Just when is difficult to predict. But by extending current socio-economic trends to 2100, we project that 'peak waste' will not occur this century. Unless we reduce population growth and material consumption rates, the planet will have to bear an increasing waste burden.

Solid waste is mostly an urban phenomenon. In rural communities there are fewer packaged products, less food waste and less manufacturing. A city resident generates twice as much waste as their rural counterpart of the same affluence. If we account for the fact that urban citizens are usually richer, they generate four times as much.

As urbanization increases, global solid-waste generation is accelerating. In 1900, the world had 220 million urban residents (13% of the population). They produced fewer than 300, 000 tonnes of rubbish (such as broken household items, ash, food waste and packaging) per day. By 2000, the 2.9 billion people living in cities (49% of the world's population) were creating more than 3 million tonnes of solid waste per day. By 2025 it will be twice that — enough to fill a line of rubbish trucks 5, 000 kilometres long every day.

Together, the member countries of the Organisation for Economic Co-operation and Development (OECD) are the largest waste generators, producing around 1.75 million tonnes per day. This volume is expected to increase until 2050, owing to urban population growth, and then to slowly decline, as advances in material science and technology make products smaller, lighter and more resource efficient.