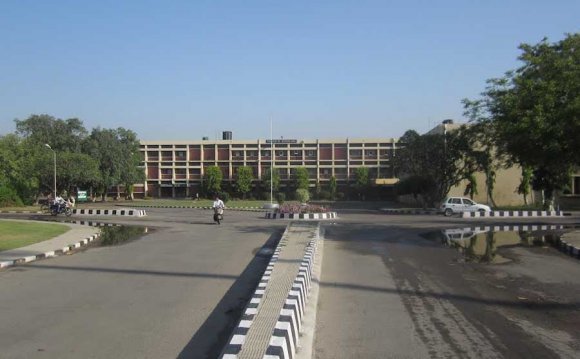 Agriculture happens to be one of the oldest occupations of mankind and is practiced across the globe, including in highly advanced economies too.

Today, one may perceive agriculture to be a bit backward in the wake of the technological advancements and emergence of new and modern occupations. But, just as technology and higher skills have added extra leverage to educational programs across disciplines, the area of agricultural studies too has benefited.

Why Degree In Agriculture?

Farming is the most common image that appears in mind when we think about agriculture. Yes, it’s true, large part of this job is about farming, but that’s a very limited view of a field that’s so diverse. Maybe that’s the main reason why not many take this course seriously… [Read More]

Currently, there are few leading agricultural universities according to the “QS World Rankings” for agricultural programs and specially catering to international students too. QS rankings is one of the most popular offline and online meeting point for interested students, faculty, educational institutions and people seeking information on top ranked universities or colleges located worldwide.

The annual rankings are considered to be authentic and followed by candidates everywhere. Some of the leading ones as per the rankings are as follows:

This university consistently ranks high on various aspects for its studies and other facilities. According to the QS World Rankings 2014, it was declared the first and the best agriculture and forestry university globally; it ranks at the top with two other US universities (Penn and UC Berkeley) for producing the highest number of Fulbright Scholars in 2012-13; it ranks 10th in terms of attracting the most number of international students for 2012-13; it ranks No 1 in the national list of leading agricultural universities as well having the most number of faculty published material on this field. Located in the sunny state of California, the University offers graduate and undergraduate programs in almost all areas of agriculture like plant sciences, environmental sciences and many more. One finds many international students choosing this leading university to hone their skills.

Some of the leading fellowships offered to international students include:

–The Humphrey Fellows– Under this fellowship, experienced professionals from across few countries worldwide can come to the US and are hosted at the UC Davis. It is one of the premier 16 US universities that host this program.

– Research and Innovation Fellowship for Agriculture (RIFA) –Under this program, individuals who are in the early career stages of agricultural led profession in various UC Davis programs get an opportunity to engage in short term international projects.

One of the leading universities in the Netherlands, the Wageningen University focuses completely on ‘healthy food and living environment’ as a concept. The University collaborates with business entities and government agencies in creating and promoting this concept in application. The main approach lies in actual implementation of the advanced research done here as well as following a scientific approach across all programs. The university offers undergraduate, graduate and PhD programs to students who are looking to develop their skills and understanding in the field of agriculture.

The university enjoys high rankings as follows : The QS World Rankings considers it one of the best amongst the top 150 around the world and it comes an impressive second in its list of best agricultural universities; The Keuzegids ranking, 2015 rates the Wageningen University as the best University of the Netherlands for the tenth time in a row.

One of the most well known and recognized Ivy League universities, Cornell has established a credible reputation globally for all its programs and courses. Located in Ithaca, New York, Cornell has a plethora of courses across multiple disciplines for domestic and international students.

Best College for Btech in Gurgaon