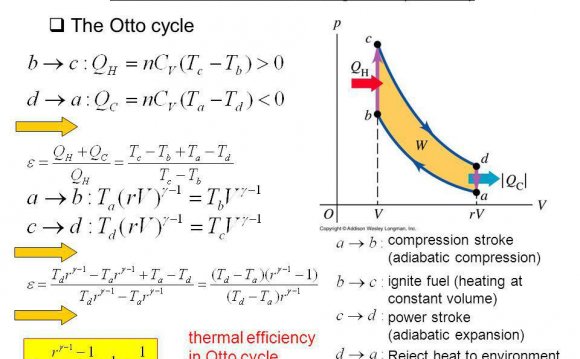 A British firm claims to have designed an internal combustion engine with more than double the thermal efficiency of current high-performance models.

Sussex-based Ultramo says the engine will operate at around 70 per cent efficiency and if deployed worldwide could reduce carbon emissions by up to 21.5 per cent. Automobile engines typically have a 25 to 30 per cent efficiency rating, while large power plant engines can reach levels of more than 50 per cent.

Because the engine is designed to operate with a variety of fuels, it could be used with biofuels and hydrogen as these become more common and could be particularly useful for generating power in developing countries.

The idea behind Ultramo’s engine design is to capture the heat that is usually lost through the exhaust and cooling systems and using it as extra power, while maintaining a lower operating pressure.

While the company is keeping the design a closely guarded secret, managing director Chrissi Wilkins told The Engineer it involved removing the engine’s cooling system and converting the heat to movement.

‘This is entirely new thermodynamically, ’ she said. ‘We’re not looking at using particularly high temperatures in our combustion process because of the emissions challenges it creates. The key thing is that we’re harnessing that heat.’

The company is exploring materials that can withstand higher temperatures for the working parts of the engine, but the lower operating pressure also means the machine will be under less stress and materials can be more lightweight.

‘With many concepts there’s a lot of compromise where you need to optimise the design for the best balance, but with this design as one characteristic gets better so many others improve, ’ added Wilkins.

Ultramo is seeking £500, 000 to build a prototype of the engine and has applied to the Carbon Trust’s Entrepreneurs Fast Track scheme. The South East England Development Agency (SEEDA) has approved a grant for the company but is due to be axed by the government.

Panorama of engine while cooling down from hot test