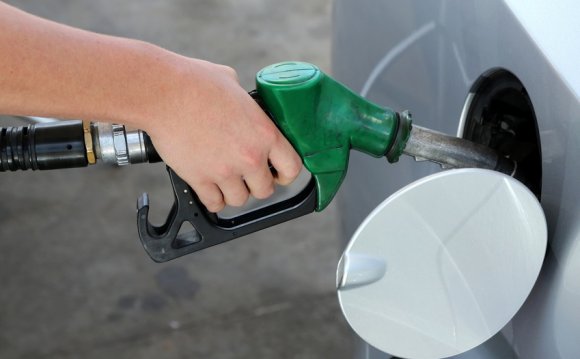 Under ideal settings, where only hydrocarbon and oxygen are present, the chemical reaction commonly called combustion or burning produces only water, carbon dioxide, and energy as the following basic equation shows.

The atmosphere is not pure oxygen. It contains a number of other gases including nitrogen (78%), argon, hydrogen, iodine, and other trace compounds. The effect of these other compounds is two-fold. First, they act as contaminants in the reaction, which is discussed in this section. They also act to effectively limit the concentration of oxygen. Rather than 100% oxygen, reactions that occur under atmospheric conditions are subject to only 21% oxygen.

Atmospheric combustion would then be more closely modeled by the equation that follows (note this is not a balanced equation).

Contamination can come from the petroleum refining process or from the atmosphere itself. The most common atmospheric contaminant (for purposes of combustion) is nitrogen in the form of N2. When nitrogen is burned at high temperatures in the presence of oxygen, it produces nitrogen oxide and nitrogen dioxide. These two compounds represent about 1% of the output of a common hydrocarbon combustion reaction under atmospheric conditions. Thus, the equation can be rewritten to reflect this new addition.

Both nitrogen compounds can participate in the formation of nitric acid (HNO3), which is a component of acid rain. The reactions are as follows:

Though sulfur is not a major component of the atmosphere, it is often found in petroleum. In fact, sour versus sweet petroleum is determined by the sulfur content where sour petroleum contains more than 0.5% sulfur. Sulfur, when burned during hydrocarbon combustion produces sulfur dioxide, which acts as a precursor to sulfuric acid. Like nitric acid, this contributes to acid rain. We can once again update our hydrocarbon combustion reaction to reflect this new contaminant (reaction not balanced and H2S is not the only sulfur contaminant. Others include COS, CS2, SO2 and more).

The reaction that produces sulfuric acid from sulfur dioxide is more complicated than that which governs nitric oxide production. In general, the reaction proceeds as follows (note that a dot indicates an extra electron on a compound, making it a radical in chemistry lingo).

Soot and smoke both refer to particulate matter that gets trapped in gases during combustion. The visible, dark black component of smoke is carbon that has incompletely burned and, rather than forming CO2, has formed solid carbon compounds known as amorphous carbon. These carbon compounds are collectively referred to as soot. Diesel exhaust accounts for 25% of all smoke and soot in the atmosphere. This is generally the result of the lower quality of fuel (less refined) that constitutes diesel fuel. Soot, in particular, contains large amounts of polycyclic aromatic hydrocarbons, which are well-known mutagens and carcinogens. Diesel exhaust is considered the most carcinogenic of fossil fuels used in transportation.