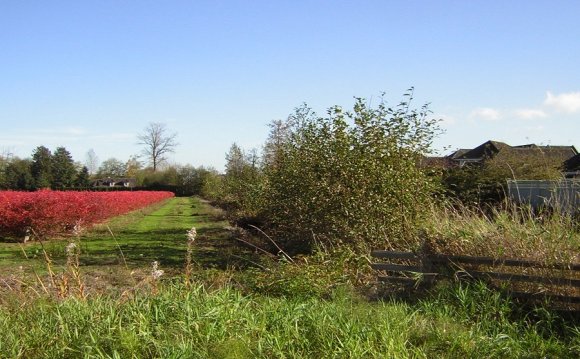 Farmers are faced with new challenges and opportunities every day - from feeding an expanding global population while meeting strict new emissions requirements, to producing more food on fewer acres while minimizing their environmental footprint.

As part of its commitment to help farmers meet their challenges, Case IH issued a survey to gather farmers' perspectives on the leading issues impacting their operations. Case IH offered the survey to a group of farmer guests attending this year's Ag Connect Expo, as well as to farmers visiting CaseIH.com.

"The survey results not only help define the challenges facing farmers today, but also identify future opportunities, " says Jim Walker, Case IH vice president of North America. "Farmer input is crucial for Case IH to develop equipment and technologies that fit farmers' diverse needs, and allow them to farm the way they want to. Case IH's producer-driven innovations help farmers solve their challenges so they can succeed."

Issues identified in the survey include:

• Availability and price of land for expansion

• Development and use of bio-based fuels

Farmers were asked to rank the top issues that would impact their business, both in the next year and five years out. The number one issue is new government mandates and regulations, with nearly 30 percent of the Ag Connect farmer group ranking it as having the most impact on their business within the next year. Availability and price of land for expansion, and stability, development and fluctuations in global financial markets are tied, with 24 percent of respondents ranking them as the second most impactful issue.

For the Ag Connect farmers' five-year impact projections, new government mandates and regulations top the list again, with 33 percent ranking it as the most impactful. Nearly 24 percent of respondents rank availability and price of land for expansion as the second most impactful.

Other key findings from the Ag Connect survey:

• Nearly 25 percent of respondents indicate that equipment dealers/experts will be one of the top advisors to influence their decision making, along with their financial advisor and agronomist advisors

• 89 percent anticipate operation growth in the next five years

While the Ag Connect survey attracted primarily large farmers - 65 percent report farming more than 5, 000 acres, and all have a minimum of 1, 000 tillable acres - the CaseIH.com survey attracted more mid-size and smaller-acreage farmers. More than 70 percent of online survey respondents identify themselves as "predominantly cash grain producers" - of which nearly 54 percent farm 1, 000 acres or less, and more than 41 percent farm between 1, 000 and 5, 000 acres.

About 25 percent of CaseIH.com survey respondents rank availability and price of land for expansion as having the most impact on their business within the next year, followed by stability, development and fluctuations in global financial markets (21 percent). Other top issues include new government mandates and regulations, and supplying the growing global demand for commodities arising from developing economies and world population growth.

Their five-year impact projections not only track closely to the rankings for business impacts within the next year, but also emulate the Ag Connect survey results. Online respondents rank availability and price of land for expansion (26 percent) and new government mandates and regulations (21 percent) as the top issues impacting their business in the next five years.