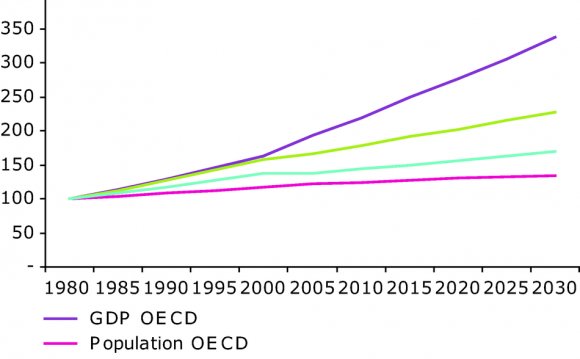 European economic production and consumption have become less waste intensive, even after the economic downturn since 2008 is considered in the analysis.

Turning to consumption, total municipal waste generation in EEA countries declined by 2% between 2004 and 2012, despite a 7% increase in real household expenditure.

One of the objectives in EU waste policy is to reduce waste generation in absolute terms, within the overall goal to decouple economic growth from resource use and environmental impacts. Waste prevention efforts across Europe seems to contribute to the waste objectives; with considerable differences between the countries. Wider analysis across different economic sectors within and beyond EU borders will be needed in order to provide more comprehensive conclusions.

The waste hierarchy, the guiding framework in EU and national waste policies, gives the highest priority to waste prevention, followed by (preparing for) re-use, recycling, other recovery and disposal. The highest priority to waste prevention is also highlighted by the recent waste and resource efficiency policies and strategies at EU and national levels.

European economic production and consumption is apparently becoming less waste intensive, even after the economic downturn since 2008 is factored into the analysis. European trend, however, masks differing developments across European countries.

In EU-28 and Norway nearly half of the total waste, excluding major mineral wastes, was generated by the manufacturing and services sectors in 2012, while their contribution to the total gross value added (GVA) was predominant.

This improvement might be due to a combination of various factors: efficiency improvements in production processes and management, changes in the structure of the manufacturing sector, increase in activities in services sector and a shift towards less-intensive waste generating activities.