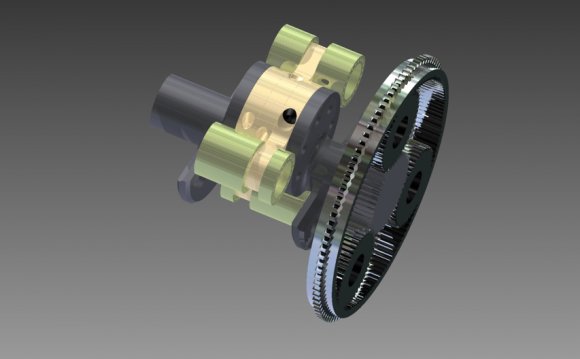 The most transportable and rugged sources of power are IC engines.

Most industrial internal combustion (IC) engines in the low-power range, about 30 hp or less, are gasoline powered because diesel engines are too heavy and costly. For example, in a small engine-powered water pump, a gasoline engine would account for perhaps 60% of the cost of the total package. With diesel power, the cost would be closer to 90%.
Thus, in the low-power range, the choice of engine centers largely on such factors as a choice between four and two-cycle operation and between cast-iron or aluminum construction.

The four-cycle engine is generally the preferred gasoline power plant. It has a reputation for long, trouble-free operation, idles smoothly and operates well at low speeds, does not require lubricant in the fuel, and generally does not have an exhaust with visible smoke.

Up to about 40 hp, four-cycle engines usually have simple L-head valve arrangements, which are less costly than an overhead cam. The overhead-cam arrangement provides more power and fuel economy and is generally found in larger engines.

Small engines use the same simple breathing mechanism and carburetor found on automotive engines. More complicated fuel injection and supercharging is reserved for larger, more expensive engines and for diesels.

Above 10 hp, four-cycle engines are normally made of cast iron. With smaller engines, the buyer has a choice between cast iron and die-cast aluminum. The aluminum engine is less costly if manufactured in large quantities.

Iron is said to wear better, but proponents of the aluminum engine say it lasts equally long if properly maintained. Iron has a greater tolerance to dirt, while dirt ingestion is quite harmful to an aluminum engine.

Automotive, marine, and aircraft engines are considerably more sophisticated than small industrial engines, and aluminum is used successfully in large engines in these applications.

Because of this high-power-to-weight ratio, the two-cycle engine is generally preferred for sport vehicles or where the engine must be lifted, held, or carried by hand. Power saws and most outboard marine engines are two cycle, as are most snowmobiles.

New developments in this area have automakers rethinking previous two-cycle engine concepts. One research firm found that by finely atomizing the fuel, combustion is more complete, exhaust is clean enough to dispense with the catalytic converter, and idle is more carefully controlled.

In other applications, the two-cycle engine has an unfavorable reputation for rough idle, poor operation at low speeds, temperamental behavior, and rapid fouling. Because they tend to operate best at high speed, they may have short service lives. Also, lubricant must be added to the fuel.

To their advantage, first cost is roughly 70% that of an equivalent four-cycle engine made in the same production volume. Two-cycle engines are usually made of aluminum as a weight-saving measure.

Diesels generally become competitive with gasoline engines above 30 hp, and they tend to be a more logical alternative as power demand increases. They are normally chosen because of their operating economy and greater durability. In general, a diesel costs about 2 1/2 times as much as a gasoline engine, but on the average a diesel lasts about 2 1/2 times longer. Besides being more costly than gasoline engines, diesels also tend to produce more noise and vibration. Diesels also run over a narrow rpm range and generally require considerable shifting when used in vehicles without torque converters. They require fuel injection, which contributes to their higher cost.

Diesels have acquired their reputation for being rugged heavy engines primarily because they are built to withstand the high firing forces and high cylinder pressures that are a consequence of the high compression needed to produce spontaneous ignition.