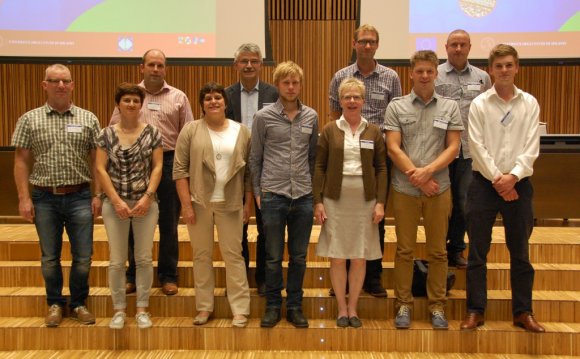 Livestock have an image problem in the developed world. They are blamed for everything from global warming to increasing heart disease. Britain's `mad cow disease' - or bovine spongiform encephalopathy - hasn't helped. Livestock are seen as wasteful, growing fat on grain that people could eat and polluting the environment with their faeces and urine and the gases they give off. But these charges are not true of livestock in the developing world.

True, ruminants produce methane gas, one of the `greenhouse gases' - but methane from ruminants accounts for only some 2.5 percent of the total greenhouse gases. Pastures grown to feed livestock take carbon dioxide out of the atmosphere, tying it up in plant material above and below the ground, just as forests do.

True, eating too many animal products may increase the risk of heart disease - but this is a problem of the developed world, not the developing world. People in developing countries generally eat much less meat than those in the developed world, and the meat they eat is less fatty. Indeed, recent studies from Kenya, Egypt and Mexico show that children who do not get enough meat and milk in their diets may grow up physically and mentally compromised.

Livestock play a vital role in the agricultural and rural economies of the developing world. Not only do they produce food directly, they also provide key inputs to crop agriculture. Most farms in the developing world are too small to justify owning or using a tractor, and the alternatives are animal power or human labor.

For many smallholder farmers, livestock are the only ready source of cash to buy inputs for crop production - seeds, fertilizers and pesticides. Livestock income also goes towards buying things the farmers cannot make for themselves. And that includes paying for school fees, medicine and taxes. Income from cropping is highly seasonal. In contrast, small stock, with their high rates of reproduction and growth, can provide a regular source of income from sales. So can milk and milk products like butter and cheese. Larger animals such as cattle are a capital reserve, built up in good times to be used when crops are poor or when the family is facing large expenses such as the cost of a wedding or a hospital bill.

In the past, farmers could restore the fertility of their land by letting it lie fallow for several years or longer. But as population pressure increases, fallow periods decline or even disappear and different ways of maintaining food production are needed: enter the animal.

Animals are a crucial link in nutrient cycles, returning nutrients to the soil in forms that plants can readily use. They can bring nutrients from pasture and rangeland and concentrate them on crop land through their manure and urine. The animal manure and urine that people in the developed world see as pollutants are vital fertilizers in the developing world. Few smallholders can afford enough mineral fertilizers. Animals give farmers a reason to plant legumes as pastures and cover crops that protect the soil and restore its structure and fertility. According to a Winrock report in 1992, `The greatest threat to [the African rangelands] comes from human populations and expansion of cultivation. There is no solid evidence linking livestock to this process [desertification].'

Productive livestock can add value to `idle' land. Already, in many parts of the world mixed crop-livestock systems are the norm, but the importance of the livestock component has been overlooked. Even the language we use tends to reinforce this. When we talk about the non-grain parts of cereal crops, we tend to use terms like `crop residues' or `by-products'. Yet in many farming systems, such as the barley-sheep system of the drier parts of West Asia and North Africa and the tef-based system in the Ethiopian highlands, the farmers value these `by-products' as much as, if not more, than the grain. `Improved' varieties or production packages that overlook the feeding value of these `residues' will find little favor with the majority of farmers.

Intensive animal production in the developed world uses resources that could serve direct human uses - grain that could be eaten by people, land that could produce food crops, electricity that could illuminate and heat people's homes. But in the developing world livestock add value to resources that would otherwise go to waste. Marginal land that cannot - and indeed should not - be ploughed; straw, stovers, groundnut haulm, household wastes, all go to feeding livestock in smallholder systems. Cassava peel, for example, feeds goats in humid West Africa. In Syria farmers allow weeds to grow in their cereal fields and then `rogue' them to feed to their sheep. The weeds slightly reduce cereal grain yields, but the productivity of the system as a whole is higher than if they sprayed herbicides to control the weeds. And the environment is protected.

Advantages and Disadvantages of Selective Breeding

Discover the Advantage of Nebraska Alfalfa