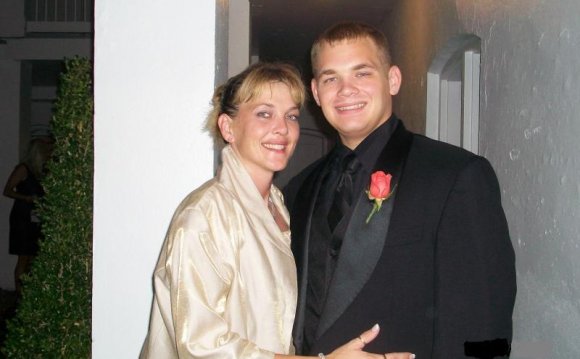 The Woodside landfill in Walker, La., was receiving New Orleans' residential garbage in 1999, when Waste Management took control of the dump in its Livingston Parish contract. The contract attracted the attention of River Birch, which had just opened in Waggaman. (Photo by David Grunfeld, The Times-Picayune)

When Livingston Parish officials in 1999 began considering a plan to turn over the parish's landfill permit to Waste Management, which wanted to expand the so-called Woodside dump upward and outward, the resistance was intense. A nonprofit group, Concerned Citizens of Livingston Parish, sprang up to oppose it. Public forums drew hundreds of people.

Citizens started getting robocalls from a phone bank; glossy fliers landed in their mailboxes. And the landfill question dominated that year's usually sleepy parish elections, which morphed into a heated referendum on what to do about the dump.

The major pro-landfill, pro-Waste Management candidate was the incumbent parish president, Dewey Ratcliff. His chief opponent was Bill Hawkins, a member of the Livingston Parish Council, who spent nearly half a million dollars on the race. Hawkins says the money was all his - as did his campaign finance reports - and those who fought the landfill say they bankrolled their own fight as well.

But some observers saw an invisible hand in the fray - the River Birch landfill, which had opened in Waggaman just a few months earlier. The new venture's well-heeled owners, Fred Heebe and his stepfather, Jim Ward, were gunning for some of the business then belonging to Waste Management. In particular, they coveted the residential garbage from New Orleans, which then was being trucked to the more distant Woodside - a fact Hawkins highlighted in commercials.

"All indications were that Fred Heebe and River Birch were involved in fighting that landfill, " said former state Sen. Heulette "Clo" Fontenot, who hails from Livingston Parish and served on environmental committees in the Legislature. "They would never admit it, though."

Ratcliff, the pro-landfill incumbent, won the 1999 election despite the uproar. But the battle wasn't over. The parish council still had to approve the sale of the permit to Waste Management, and a majority were against it.

So it was a devastating blow to landfill opponents when the council voted 5-4 in March 2000 to OK the transfer. Making it especially painful: One councilman, Robert Ringo, had made public pledges and signed petitions vowing to oppose the plan. He stunned opponents by voting for it.

With that win, Waste Management still had one hill left to climb: It needed state permits for the planned expansion.

River Birch's owners didn't intend to just lie back, though they would stay behind the scenes. They were ready to unleash their secret weapon, Henry Mouton, a hunting pal of then-Gov. Mike Foster.

Terry Ryder, deputy chief of staff and special counsel to Foster at the time, remembers Mouton - an air-conditioning salesman who had no official involvement with the project whatsoever - haranguing him about the landfill's plans.

"Henry was very much involved with the Woodside landfill, " Ryder said. "He was particularly worked up about it, beyond a point that I would say was expectable. It wasn't just an environmental concern on his part. It was something more.

"He was extremely strong and pervasive in his opposition to Woodside. Those of us who dealt with Henry wondered what the hell he was so interested in certain things for."

Ryder got his answer last year, when Mouton pleaded guilty to taking more than $400, 000 in bribes from "co-conspirator A." Court documents make clear that person is either Heebe or Ward.

Mouton's plea agreement says he started getting bribes from River Birch in 2003, when Foster appointed Mouton to the Louisiana Wildlife and Fisheries Commission board. The plea stipulates that the payments were bribes, not legitimate payments, because they were given in consideration of Mouton's official position.