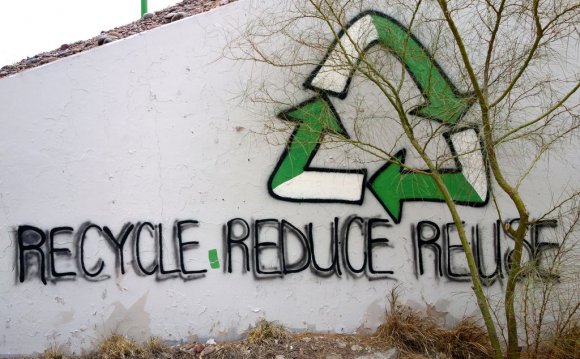 The future of waste management on an overcrowded planet Even the best waste management system in the world has shown that it cannot withstand the test of a global financial downturn; and with the global population, GDP per capita – and therefore the amount of waste – increasing globally we must become aware of the consequences and do something about it…

Care must be taken to avoid advanced waste management becoming the privilege of the few.

The purpose of this article is to outline the major trends and challenges that will shape the future of waste management for the next few decades. Although in our complex and unpredictable world ‘prediction is very difficult, especially about the future’ (Niels Bohr), there are certain trends and facts that more or less create the ‘bigger picture’ in which the waste management industry will evolve. Interestingly, discussion of these trends has not up till now directly linked them with waste management – at least not according to the author’s knowledge.

Putting these trends together and considering the consequences they will have for waste management, it is clear that new challenges are emerging, and the current situation must be seen in a different way. Our waste management systems and our market conditions, even at their best, are incapable of handling the growing amounts of waste globally. So unless a new paradigm of global cooperation and governance is adopted, a tsunami of uncontrolled dumpsites will be the prevailing waste management method, especially in Asia.

Let’s look at the major trends for the next few decades...

Amounts of waste are largely determined by two factors: first, the population in any given area, and second, its consumption patterns – which are controlled by the evolution of Gross Domestic Product per Capita (GDP/c).

According to the UN, between now and 2025, the world population will increase by 20% to reach 8 billion inhabitants (from 6.5 today). Moreover, by 2050, the total population will be around 9.5 billion, unless specific control measures are broadly adopted. If this becomes a reality then a population of 8-8.5 billion in 2050 may be considered a successful stabilization of numbers.

It is important to note that 97% of this growth will happen in Asia and Africa, which includes some of the poorest countries that have the least capability to absorb it. After 2025 it is expected that Asia will hold more than two thirds of the world’s population. This growth also will boost urbanization of the population (urban population is expected to be around 65% of the total one after 2040), and the creation of extended zones of poverty around and inside megacities. The number of inhabitants of slums will be double around 2025 and will reach 1.5 billion.

Besides overpopulation, a remarkable increase in GDP/c especially in developing countries is on its way. In 2025, world production will have doubled in relation to 2005. By 2050 the world production may again have doubled compared to 2025. The global average GDP/c around 2025 will be more or less one and a half times the current one, and in a business-as-usual scenario it may be fourfold around 2050. Jeffrey Sachs has estimated that in developing countries the GDP/c will be around $40, 000 in 2050, which is the same as the USA GDP/c in 2005! It also seems that we are living in a richer world where we will have higher actual numbers of poor people, but less in terms of percentages.

Obviously, both the increase of the population and the remarkable growth of global GDP/c will drive an increase in waste volumes. And although it is out of the scope of this article to estimate the waste growth expected, it will definitely be huge. Just to give an idea, using macroeconomic data from 30 Organisation for Ecomonic Cooperation and Development (OECD) countries it has been estimated that a 1% increase in national income creates a 0.69% increase in municipal solid waste amount.

But there is also some good news. It is known that the bigger the GDP/c, the more advanced and effective waste management systems and technologies are put in place. So this global GDP/c growth will certainly multiply modern landfills, efficient collection systems, MBT and WTE facilities around the world. A lot of waste infrastructure development is coming and the technological advances will be globalized much more than they are today. There are still questions that have to be answered:

Question 1: Will the expansion of modern waste management systems be capable of handling the increasing amounts of waste generated? Or will the reality be an ocean of new uncontrolled dumpsites, with some islands of advanced waste management but a continent of landfills?

Question 2: How will those advanced technologies become available for countries that are trapped in poverty? Because not all countries will benefit from the global GDP/c growth and the outsiders, for the time being, are more than one billion. And it seems that the gap between those poor countries and the rest of the world is set to grow wider.

Speaking again globally, remarkable changes to waste composition are coming. For this article, I will highlight just two of them:

The first will be due to changing food culture and habits in developing countries. As GDP/c goes up, it is expected that by 2050 the demand for agricultural goods will rise by 70% and the demand for meat will double. Besides the serious issues related to food production and sustainability, those changes will change the waste composition in a large part of the world. The organic fraction will be more dominant in MSW, more agricultural and meat waste will create new problems that have to be faced. And of course, such a change in waste composition makes the greenhouse gas challenge for waste management more difficult than it is already. It has been estimated that urban food waste is going to increase by 44% globally between 2005 and 2025. During the same period, and because of its expected economic development, Asia is predicted to experience the largest increase in food waste production, from 278 million to 416 million tons (252 million to 377 million tonnes). If present waste management trends are maintained, landfilled food waste is predicted to increase world CH4 emissions from 34 million to 48 million tons (31 million to 43 million tonnes) and the landfill share of global anthropogenic emissions from 8% to 10%.

The second serious change will be due to the production, consumption and inclusion in waste streams of more and more complex products. Personalized medicine, new computers and gadgets, networked homes and full home management systems, fully customized consumer products, personal security and personal energy products are coming or are already here. Some points of special interest are:

The rapidly growing stream of electronic waste (WEEE) which is already a big problem, and directly related with the crime of waste trafficking. As the world becomes more and more networked and interconnected, and as electrical and electronic products, including PCs, gadgets, digital cameras, pervasive computing etc., are rapidly devalued and become waste due to fast update and built-in obsolescence, the WEEE stream will become a major challenge of future waste management. The second is the stream of nanomaterials that are coming slowly but steadily. Nano-bio and e-technologies will create a whole spectrum of new artificial materials. Major breakthroughs within the next two decades will provide inexpensive ways to produce mass quantities of those materials. In addition, the function of such materials will move from ‘passive’ to ‘active’ with the integration of nanoscale valves, switches, pumps, motors and other components. Obviously, the willingness to throw them away will increase as they become less and less expensive. The main trend in consumer goods will be the personalization of them, which on the one hand will create products that are more difficult to throw away and on the other hand will make reuse much more difficult.

The plethora of new products will be rapidly expanded, consumed and finally transformed to new waste streams. So clearly time is a factor here. First, new products are launched, consumed and transformed into new kinds of waste before an effective waste management solution is established for them. Most of the time, problems with managing new kinds of waste emerge after the product has been consumed. Second, the time taken to establish a new separate waste stream network, or a new technical solution for the new waste stream, generally is by far longer than the lag-time between production of a new product and its transformation to waste.

Question 3: Is our waste management system capable of handling the plethora of new kinds of waste? Are the current social, political and financial conditions sufficient to resolve the problem of the growing complexity of waste streams? Let’s try and answer this below.

What is the best we can do?
Source: waste-management-world.com