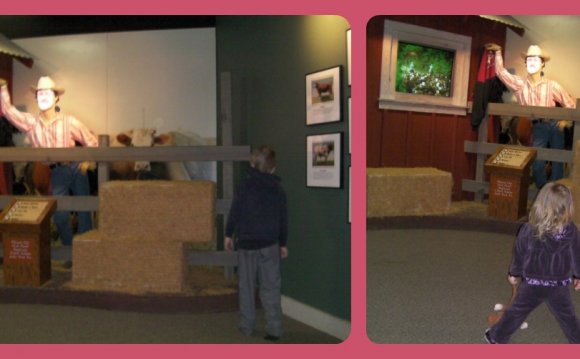 By the end of Civil War, as many as five million longhorn cattle, descendants of old Spanish stock, roamed wild in Texas. These tough, rangy animals sported horns with a spread of as much as eight feet. At first they were hunted only for their hides since there was no way to get them to markets in the East. With the building of the Transcontinental Railroads, it became possible to transport these cattle to the eastern market that had developed a taste for beef at a time when the effects of war had depleted eastern herds. Beef, even tough wild beef, was in great demand.

In 1866, a large herd was driven from Texas to Sedalia, Missouri, which was then the far-western station of the Missouri-Pacific Railroad. This proved a poor route as it traced alternately through forests where cattle were lost and through farmland that farmers understandably did not want trampled and grazed. There were also bushwhackers and cattle thieves to contend with. But the era of the long cattle drive had begun.

As the railroads extended farther west, the route to a station shifted to the open, relatively unpopulated prairies of Kansas and Oklahoma. Here the cattle had good grazing, fewer bandits roamed, and the drives did not encounter so many farmers protecting their crops. As the railroad passed through Abilene, Kansas, in 1867, an entrepreneurial Illinois livestock dealer, Joseph G. McCoy, saw the potential for making that tiny log-cabin settlement into a booming cattle town. McCoy bought 250 acres near the railroad and laid out a stockyard, outbuildings, a hotel, and a bank. Hardy plains pioneers such as the half-Cherokee John Chisholm scouted trails through Indian territory from south Texas to Kansas and eventually Wyoming. The Chisholm Trail ran from central Texas to Abilene, Kansas, a distance of 500 miles. The Western Trail to Dodge City was slightly shorter, while the Goodnight-Loving Trail looped from central Texas into New Mexico and then straight north to Cheyenne, Wyoming, for a marathon 700-mile trek.

Men as wild and tough as the longhorns were hired to round-up and drive these ownerless Texas cattle on the “long drive, ” the slow, dangerous journey to the stations. During the decades following the Civil War, over 40, 000 men were employed to herd cattle in the West. These “Cowboys” were usually in their twenties and came from many backgrounds. Black, white, Mexican, and Indian cowboys tended and protected the wild herds, while riding cowponies that were often only slightly less scrawny and wild than the longhorns. Contrary to the Hollywood film image, being a cowboy involved hard work, low pay, constant exposure to the elements, and a notable absence of many things we now consider necessities such as bathing, a change of clothes, and a diet more diverse than boiled beef and beans.