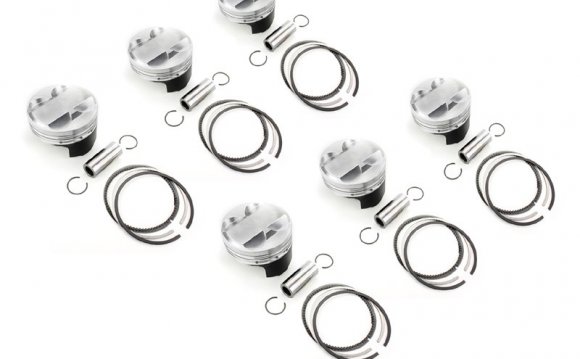 Demonstration model of the experimental engine with lightweight cylinder casing to be presented at the Hannover Messe. Credit: Fraunhofer ICT

Efforts to produce lighter vehicles necessarily include engine parts, such as the cylinder casing, which could shed up to 20 percent of its weight if it were made of fiber-reinforced plastic rather than aluminum – without added costs. Such injection-molded parts are even suitable for mass production.

It's self-evident that cars must become lighter in order to reduce fuel consumption. For most car designers this principally means body parts, but the powertrain system, which includes the engine, also accounts for a large proportion of the vehicle's weight. Until now, carmakers have relied on aluminum to reduce the weight of engine components such as the cylinder block. In the future, car manufacturers will be able to achieve further weight savings by designing cylinder blocks in which certain parts are made of fiber-reinforced plastics. An experimental engine developed by the Fraunhofer project group for new drive systems (NAS), which forms part of the Fraunhofer Institute for Chemical Technology ICT, in collaboration with SBHPP, the high-performance plastics business unit of Sumitomo Bakelite Co. Ltd., Japan, demonstrates this principle.

"We used a fiber-reinforced composite material to build a cylinder casing for a one-cylinder research engine, " reports Dr. Lars-Fredrik Berg, who is the project leader and manager of the research area Lightweight Powertrain Design at the Fraunhofer Project Group for new drive systems. "The cylinder casing weighs around 20 percent less than the equivalent aluminum component, and costs the same." It seems an obvious solution, but getting there involved numerous technical challenges, because the materials used have to be able to withstand extreme temperatures, high pressure and vibrations without suffering damage. That plastics possessed these qualities was recognized back in the 1980s, but at that time it was only possible to produce this types of parts in a small volume and by investing a lot of effort in the form of manual labour – a no-go for the automotive industry, in which cylinder blocks are mass-produced in millions of units.

So what did the researchers do to ensure that their engine would be sufficiently robust? "First we looked at the engine design and identified the areas subject to high thermal and mechanical loads. Here we use metal inserts to strengthen their wear resistance, " explains Berg. One example is the cylinder liner, inside which the piston moves up and down millions of times during the life of the vehicle. The researchers also modified the geometry of these parts to ensure that the plastic is exposed to as little heat as possible.

The characteristics of the plastic material also play an important role. It needs to be sufficiently hard and rigid, and resistant to oil, gasoline and glycol in the cooling water. It must also demonstrate good adherence to the metal inserts and not have a higher thermal expansion coefficient than the metal – otherwise the inserts would separate from the substrate. Berg's team uses a glass-fiber-reinforced phenolic composite developed by SBHPP, which fulfills all of these requirements and comprises 55 percent fibers and 45 percent resin. A lighter-weight but more expensive alternative is to use a carbon-fiber-reinforced composite – the choice depends on whether the carmaker wishes to optimize the engine in terms of costs or in terms of weight.

The researchers produce these components from granulated thermoset plastics using an injection molding process. The melted composite material, in which the glass fibers are already mixed with the resin, hardens in the mold into which it was injected. The scientists analyzed the process using computer simulations to determine the best method of injecting the material in order to optimize the performance of the finished product. The process is compatible with mass production scenarios and the manufacturing costs are significantly lower than those for aluminum engine parts, not least because it eliminates numerous finishing operations.

A prototype of this engine will be presented at this year's Hannover Messe, which takes place on April 13-17 (exhibit in Hall 2, Booth C16). Test runs of the new engine have been completed successfully. "We have proved that it is capable of the same performance as conventionally built engines, " says Berg. Moreover, it promises to offer further advantages such as lower running noise as against engines relying exclusively on metal parts. Initial data also indicates that the amount of heat radiated to the environment is lower than that generated by aluminum-based engines. The scientists intend to take their research further by developing a multi-cylinder plastics-based engine, including the crankshaft bearings.