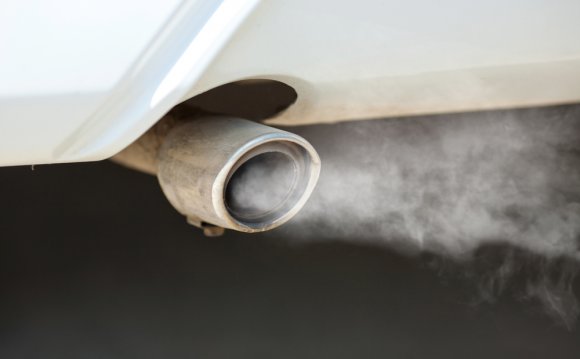 How Vehicle Pollution Harms the Environment and Health

Carbon monoxide, nitrogen oxides, and hydrocarbons are released when fuel is burned in an internal combustion engine and when air/fuel residuals are emitted through the vehicle tailpipe. Gasoline vapors also escape into the atmosphere during refueling and when fuel vaporizes from engines and fuel systems caused by vehicle operation or hot weather.

The pollutants in vehicle emissions are known to damage lung tissue, and can lead to and aggravate respiratory diseases, such as asthma. Motor vehicle pollution also contributes to the formation of acid rain and adds to the greenhouse gases that cause climate change.

Pollutants emitted directly from vehicles are not the only cause for concern. On warm, sunny days, hydrocarbons react with oxides of nitrogen to create a secondary pollutant, ozone. In many urban areas, motor vehicles are the single largest contributor to ground-level ozone which is a common component of smog. Ozone causes coughing, wheezing and shortness of breath, and can bring on permanent lung damage, making it a cause of crucial public health problems.

Proper maintenance of car and truck emission control systems not only limits harmful emissions, but also can improve fuel efficiency and vehicle performance extending the life of the vehicle. Care in storing and handling gasoline and other solvents also reduces evaporative losses to the atmosphere.